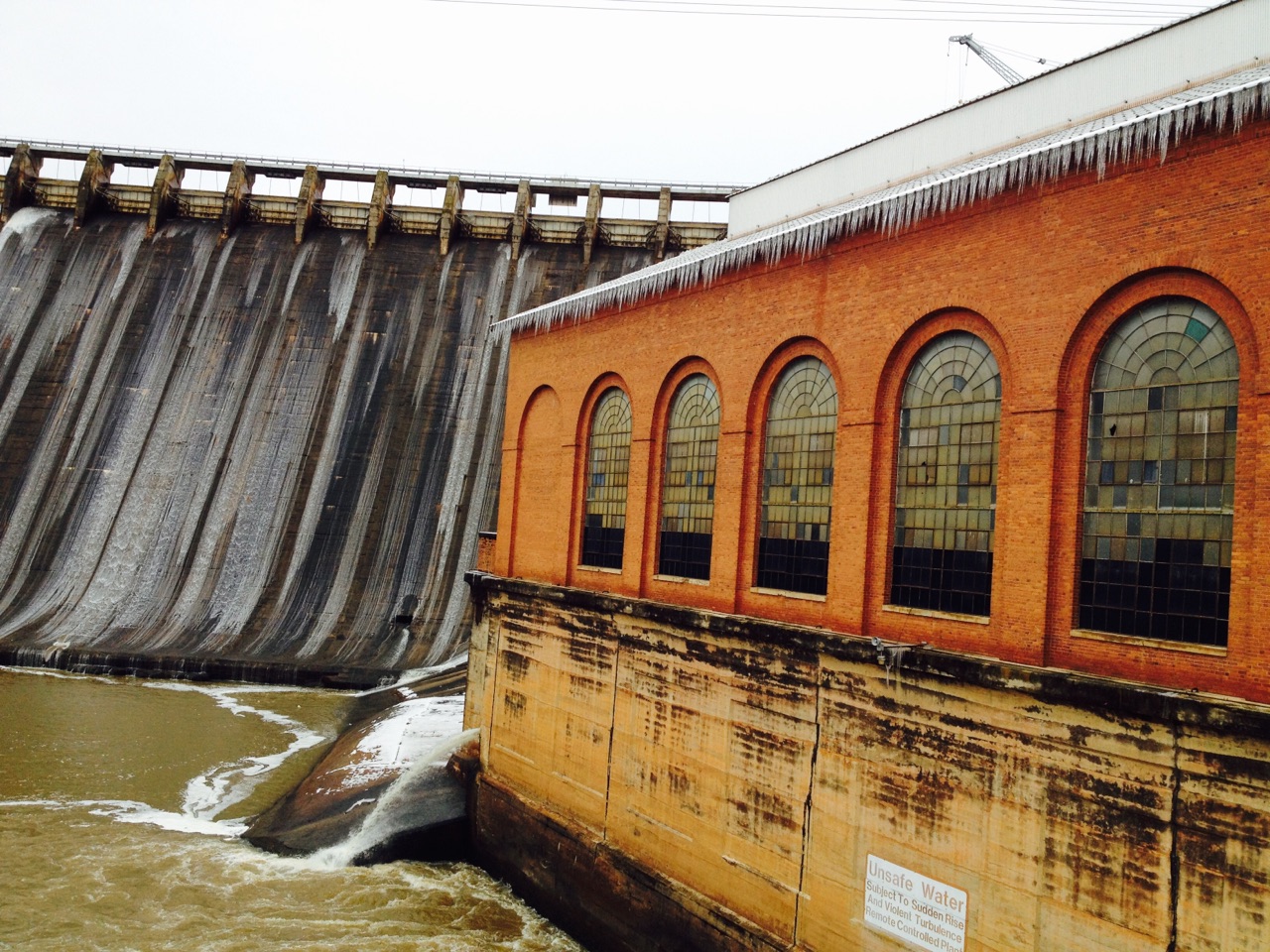 By Christina Chen and Nicole Wright

In July 2017, the Narrows Hydropower Plant in Badin, N.C., U.S., reached a historic milestone — 100 years of operation. Located along the Yadkin River in Davidson, Montgomery and Stanly counties, Narrows is one of the oldest hydropower plants in the state.

Over the past century, Narrows has produced about 45 million MWh of clean, reliable and renewable energy, or enough electricity to power more than 4 million homes. This is equivalent to removing nearly 6.7 million carbon-emitting passenger cars from the roads.

Reaching this milestone is an impressive accomplishment and one that demonstrates the sustainability and longevity of hydropower, the first and largest form of renewable energy in the U.S. Hydropower has consistently provided flexible, affordable and low-carbon energy services since the first U.S. plant was built in Appleton, Wis., in 1882.

The story of Narrows began just a couple of decades later.

The idea of constructing a dam across the Yadkin River was originally initiated by Egbert Hambley, a mining engineer, and George Whitney, a financier. Believing in the gold, copper and granite mining potential of the Yadkin Valley, the pair set out early in the 20th century to harness the power of the river to support their industrial enterprises. They planned to construct a 30-foot-high overflow granite dam across the Yadkin River between Stanly and Montgomery counties, a 1-MW powerhouse at the nearby Palmer Mountain and a 5-mile-long canal to divert water from the dam to the powerhouse.

Work on the project initially progressed according to plan. New sections of the Yadkin Railroad were installed to bring supplies to the dam and powerhouse sites. A makeshift town was set up to house engineers, technicians, office employees and construction laborers. Granite from a local quarry was mined and transported on the new railway to the construction site. Early excavation was completed at the dam site to prepare the canal.

In 1907, while in the middle of construction, the Whitney enterprises declared bankruptcy. Work on the project ceased before construction of the dam, forebays and canal were completed.

After purchasing the holdings of the failed Whitney enterprises, L’Aluminum Francais sent engineers to study the topography and flow of the river. The original dam site was to be Old Whitney, which is 3 miles upriver from the Narrows Gorge. The team proposed a new dam location at the “Narrows,” which would allow for a higher dam and greater generation capacity. The new dam would be 201 feet tall, as compared to the original 38 feet, and capacity would increase by 50 MW. L’Aluminum Francais also made tentative plans to develop a town, which it hoped to name after the company’s founder, Adrien Badin.

Construction on the dam, powerhouse and Badin town began, only to be halted a few years later. In 1914, with the onset of World War I, France ceased foreign investments and called reservists home. Work on the Narrows dam and powerhouse was abandoned.

Near the end of 1915, the Aluminum Company of America (Alcoa) decided to purchase the North Carolina holdings of L’Aluminum Francais and construct a smelter in the Yadkin Valley to meet the increasing demand for aluminum. Alcoa resurrected the construction of the dam and powerhouse and continued to develop the town of Badin that L’Aluminum Francais had started.

Badin Lake was filled in June 1916 and, by the summer of 1917, construction on Narrows Dam had been completed. Upon its completion, Narrows Dam, at 201 feet, was the world’s highest overflow-type dam. It was also the largest dam by height in the country until Hoover Dam took the title in 1934. These facts, coupled with its intriguing history, led to the induction of Narrows Dam to the National Register of Historic Places in 1983. 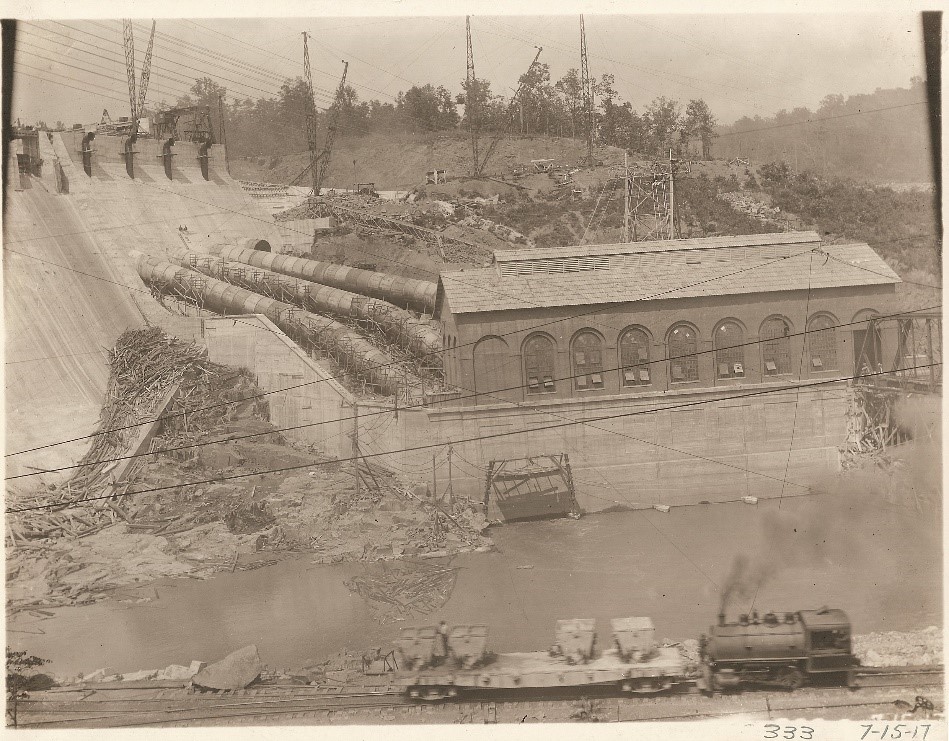 Narrows Dam and Powerhouse in July 1917, photo from Badin Museum

The 19,396-square-foot powerhouse was completed shortly after the completion of Narrows Dam and began generating electricity in July 1917. At the time, the powerhouse contained three turbine-generator units, but the powerhouse was built with the foresight to eventually contain four units. By August 1917, Narrows Lake reached full capacity and by the end of the year, the Alcoa subsidiary Tallassee Power Company completed its first sale of power. In 1924, as the financial means were present to be able to expand to full capacity, the fourth unit was added. 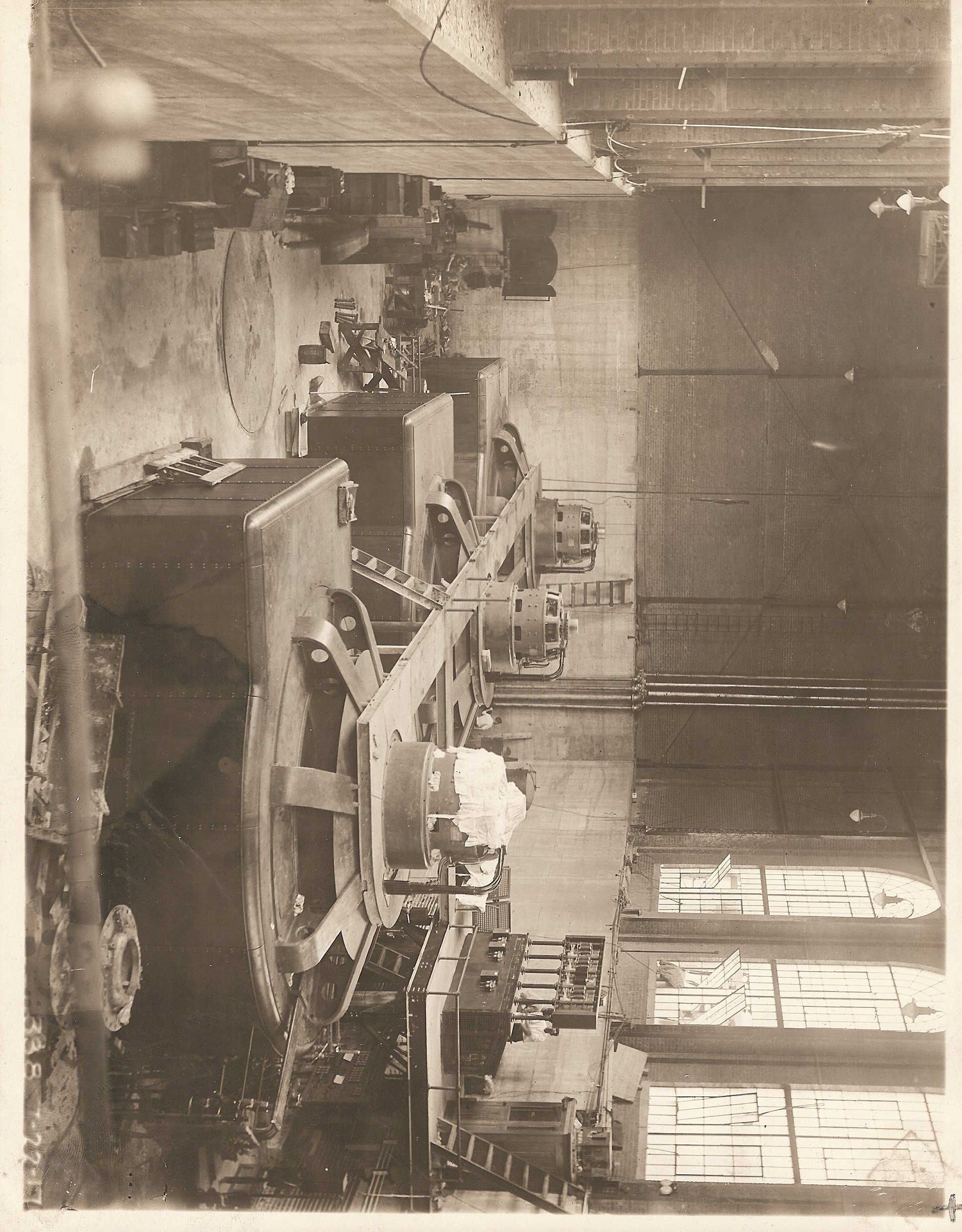 Interior of the Narrows Powerhouse in 1917, photo from Badin Museum

Overview of Narrows powerhouse and operations

Narrows operates primarily as a run-of-river facility. Narrows Dam consists of a main dam section and a bypass spillway section. The main dam section is a concrete gravity structure about 1,144 feet long with a maximum height of about 201 feet. The dam impounds a reservoir that has a normal full pool area of 5,355 acres and a drainage area of 4,180 square miles. The bypass spillway section is about 520 feet long.

Looking ahead to the next 100 years

Narrows and the three other hydropower developments in the Yadkin Project — 29.94-MW Falls, 39.6-MW High Rock and 38.04-MW Tuckertown — reliably supplied electricity to Alcoa’s aluminum plant until the smelter ended operations in the early 2000s. Narrows has since continued to generate clean electricity for the region.

In February 2017, Cube Hydro Partners closed on the acquisition of the Yadkin Project from Alcoa.

Cube Hydro is proud to own and operate Narrows and to be part of its rich history. Cube Hydro is an independent hydropower company that buys, develops and modernizes hydropower facilities. The company operates 19 plants on 10 rivers in New York, Pennsylvania, Virginia, West Virginia and North Carolina, with a combined capacity of more than 374 MW. Together, these plants generate 1.4 million MWh annually, or enough electricity to power about 115,000 homes.

Cube Hydro believes that hydropower has played an important role in our nation’s history and that it will remain an important clean, reliable and stabilizing component of our electricity profile long into the future. That is why Cube Hydro is committed to investing in innovative, environmentally sensitive and sustainable technology. Since acquiring the Yadkin Project, Cube Hydro has installed draft tube air valves on Unit 3 at Narrows to increase tailwater dissolved oxygen concentrations, which provides additional environmental benefits for fish and other aquatic wildlife. Previously, Alcoa made similar upgrades while refurbishing the other three units.

In addition, Cube Hydro is investing in the other Yadkin Project developments. Last year, the company announced an agreement with GE Renewable Energy to replace all three turbines at High Rock with three innovative aerating turbines. These advanced turbines will extend the life of High Rock and improve the health of the river by increasing dissolved oxygen. Cube Hydro is committed to protecting the environment and natural resources, as well as partnering with the local community to innovate and produce economic and social benefits.

Hydropower is a valuable national asset that must be preserved and encouraged. Cube Hydro will do what it can to ensure that Narrows continues to produce clean energy for the next 100 years. 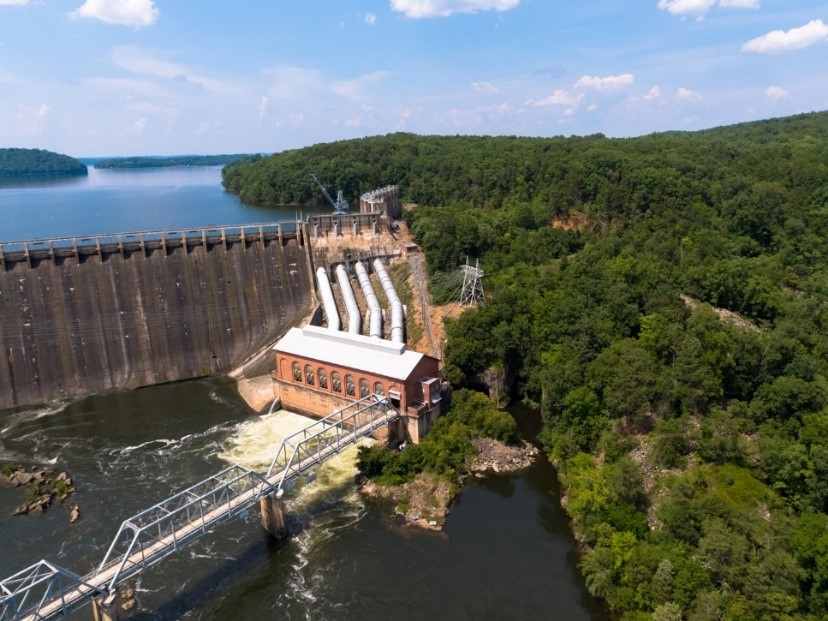 If you know of a historic hydro facility that has been generating electricity for 100 years or more, nominate them for our Hydro Hall of Fame award for 2019. Click here for more information.