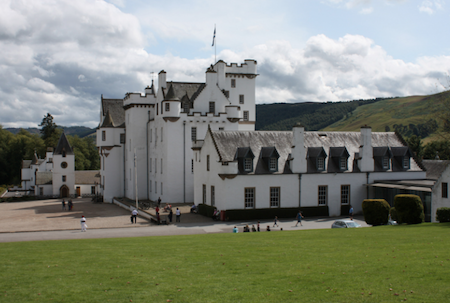 The small hydroelectric plant was originally commissioned in 1908 but removed from service in 1951 with the arrival of Scotland’s national grid. It was largely forgotten until trustees for Atholl Estates, which manages Blair Castle, began looking for ways to offset the estate’s maintenance costs.

Consultancy group Campbell of Doune Ltd. was hired to lead a team of engineers, environmentalists and electrical specialists who discovered that the original pipes installed in 1908 were in still good working order — largely because they had been in continual use as part of the castle’s fire-suppression system since 1951.

The team did construct a new intake, however, and replaced the 1908 Gilkes-manufactured turbine generator with a new 84 kW unit, which was also manufactured by Gilkes. The powerhouse then received minor modifications to reflect Blair Castle’s status as a popular tourist destination.

“We put a great deal of thought into hot to refurbish the old powerhouse,” Atholl Estates representative Jamie Troughton said. “The turbine generates about 85 decibels when it is running, so with the help of acoustic engineers at the design stage, the internal lining of the powerhouse’s brick shell was designed to contain all the noise to ensure that the building is completely soundproof. This is a feature of which we are very proud.”

The exterior of the powerhouse was painted in a 1940s-era camouflage scheme to “acknowledge Blair Castle’s historic connections with British wartime history”, Troughton said, while a viewing window has also been installed so visitors can learn more about the plant.

“This hydroelectric scheme is a prime example of how businesses can make sustainable use of their natural resources without adversely affecting our stunning Scottish landscape, while also creating for themselves a positive commercial advantage,” said Fergus Ewing, Minister for Business, Energy & Tourism. “Their efforts are to be highly commended and it is projects like Blair Castle’s hydroelectric scheme that places Scotland at the leading edge of green tourism.”

HydroWorld.com has reported on several other historical sites turning to hydropower in recent months. England’s Cragside Estate announced the installation of a new Archimedes screw turbine this past July, with Blenheim Palace and Windsor Castle having completed hydro projects in 2013.