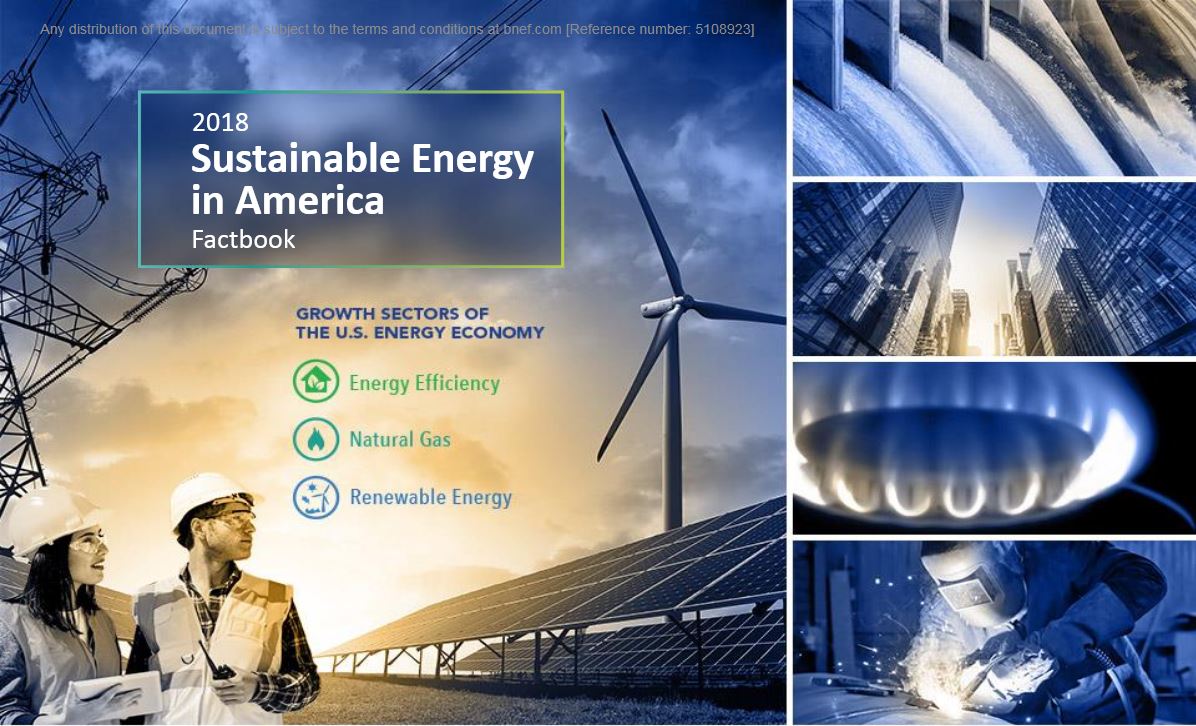 Renewable technologies in the U.S. now contribute nearly as much electricity as the nuclear fleet, according to the 2018 Sustainable Energy in America Factbook published by Bloomberg New Energy Finance.

Renewable generation, including hydropower, soared 14% to an estimated 717 TWh in 2017, from 628 TWh in 2016. The expansion brought renewables to 18% of total U.S. generation, double their contribution a decade ago. The report says renewables “achieved new heights” partly due to a rebound in hydro (up 13%, or 36 TWh) as reservoir levels on the West Coast recovered from a prolonged drought. At the same time, a “chart-busting number” of wind and solar projects built in 2016 had their first full year of operation in 2017, bolstering non-hydro renewable generation by 15% to 413 TWh.

However, only 208 MW of hydro were commissioned in 2017, stalled “without long-term policy support.”

It should be noted that this year’s report excludes pumped storage facilities from the hydropower capacity and generation data, unlike in past Factbooks.

With regard to electricity storage, the report says pumped hydropower storage projects account for about 96% of installed energy storage capacity in the U.S. BNEF says no new pumped storage capacity has been added in the U.S. since 2012, when 42 MW were added. The Federal Energy Regulatory Commission had 19 pending licenses as of December 2017 for pumped storage projects, totaling 2,271 MW.

The U.S. added about 251 MW in non-hydropower storage capacity, driving up total commissioned capacity by 33%.

Marine energy is mentioned briefly in the report. Of all the technologies tracked, wave and tidal are listed as the technologies with the highest global levelized cost of electricity for new builds in the first half of 2017, at $1,037/MWh and $844/MWh respectively.