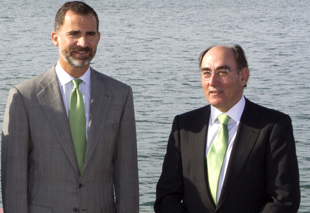 The project took seven years to complete, during which time thousands of jobs were created through contracts placed with more than 30 companies in the Valencia region, Iberdrola said.

“With this inauguration, the company maintains its commitment to clean energy — particularly to hydroelectric power, in which we have nearly 10,000 MW capacity worldwide,” Iberdrola chairman Ignacio Galan said.

Completion of La Muela reflects the company’s commitment to hydro power, Galan said, noting expansions of the 32-MW San Pedro and 177-MW San Esteban projects that are also under way.

“[Iberdrola] has become the leading developer of hydroelectric technology in Spain, spearheading respect for the environment and the deployment of clean energy,” Galan said.