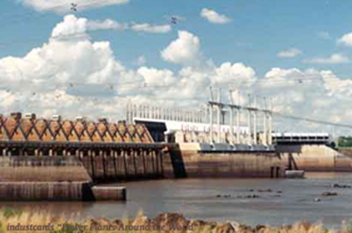 Argentina and Uruguay will renovate the 1,890-MW Salto Grande Binational Hydroelectric Complex, according to the Secretary of Energy of the Nation Gustavo Lopetegui, using US$80 million provided by the Inter-American Development Bank (IDB).

Modernization of the Salto Grande hydroelectric complex consists of a 30-year strategic plan to maintain and extend its useful life, production capacity, efficiency and safety. In this way, efficiency will be guaranteed for the interconnection between Argentina and Uruguay, BNamericas reports.

The Mixed Technical Commission of Salto Grande is a bi-national organization created to take advantage of the rapids of the Uruguay River in the area of Salto Grande. It consists of two powerhouses, one on the Argentine side and another on the Uruguayan side, with a landfill in the middle. Each machine house contains seven turbine-generating units, with a total average annual generation capacity of 8,546 GWh.

The modernization project will be implemented in three stages. The initial phase will be developed from 2019 to 2023 and will be financed through an IDB loan of US$80 million (US$40 million for Argentina and Uruguay). The second and last stages, which will last until 2049, will be developed from years five to 30, with financing to be defined.

Actions to be undertaken will include:

Salto Grande supplies almost 50% of the electric power consumed in Uruguay and 3% of the energy demanded in Argentina, according to a press release.