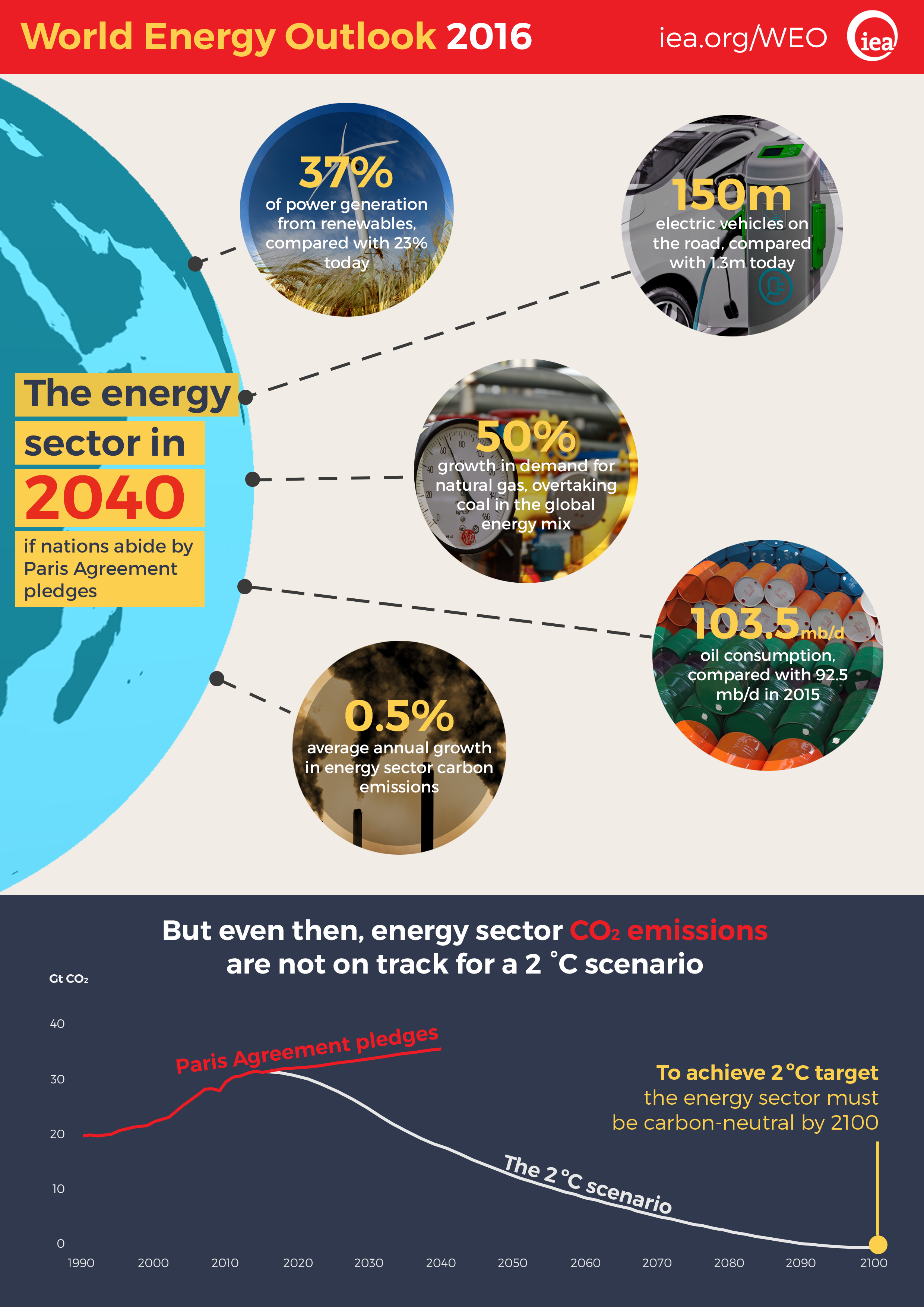 The International Energy Agency’s World Energy Outlook 2016, released Nov. 16, says that “renewables and natural gas are the big winners in the race to meet energy demand growth until 2040.”

In fact, during the launch presentation at COP22, IEA said additions of renewable capacity in the power sector were higher in 2015 than coil, gas, oil and nuclear combined. Both conventional hydropower and marine (tidal and wave) energy are included in IEA’s definition of renewables. IEA considers large hydro to be 10 MW or larger and small hydro to be less than 10 MW.

In the main scenario, WEO-2016, IEA projects that nearly 60% of all new power generation capacity to 2040 will come from renewables and the majority of renewables-based generation will be competitive by 2040 without any subsidies.

IEA says that low-carbon fuels and technologies, mostly renewables, will supply nearly half of the increase in energy demand from 2015 to 2040. Energy from coal and oil will drop considerably and gas will grow slightly. The report contains a major focus on renewables because “renewable energy is vital to steer the energy system to the low-carbon future envisioned in the Paris agreement.”

The outlook also contains a section on the water-energy nexus that discusses the impact of climate variability on hydropower.

The complete report is available for purchase here.

“The WEO-2016 uses a scenario approach to examine future energy trends. It presents three scenarios: the New Policies Scenario, the Current Policies Scenario and the 450 Scenario. Comprehensive historical data through to 2014 are presented and used in the modelling, although wherever possible preliminary 2015 data are also included.”

“A new, more granular model of the power market with hourly resolution was developed for the special focus on renewable energy, to assess the scope for the integration of variable renewables and the related costs. This allows for a more detailed understanding of the implications of seasonal, daily and hourly variations in the output of certain renewable energy technologies, notably wind and solar, in different markets and the flexibility that is required of other power system components.”