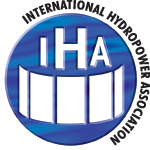 The International Hydropower Association (IHA) has released a first set of official reports made using its Hydropower Sustainability Assessment Protocol, which evaluates hydroelectric projects and their operators in a number of criteria.

Included in this round of assessments were Energia Sustentavel do Brasil (ESBR)’s 3,750-MW Jirau project in Brazil, Landsvirkjun’s 84-MW Hvammur in Iceland, Statkraft’s 288-MW Jostedal in Norway and E.ON Kraftwerke GmbH’s 124-MW Walchenseekraftwerk in Germany.

IHA’s Protocol is a comprehensive tool developed to determine the sustainability of hydropower projects. It uses evidence-based assessments of between 19-23 topics, depending on the development stage of the project, in areas such as downstream flow regimes, indigenous peoples, biodiversity, infrastructure safety, resettlement, water quality, erosion and sedimentation.

“The release of these results shows the detailed and expert nature of protocol assessments,” said Joerg Hartmann, Chair of IHA”s Protocol Governance Council. “We hope that having reports available publicly will encourage other stakeholders in the sector to explore how assessments can be of use to them.

The London-based organization said its publication of the assessments was timed to coincide with the IHA World Congress, which is taking place this week in Sarawak, Malaysia.

IHA said it anticipates the release of another five assessments later this year.

For more information about the protocol — and to view the reports — visit the IHA’s sustainability website here.