With the 22nd World Energy Congress less than two months away, industry leaders from around the world are set to descend on Daegu, South Korea, for a five-day forum on a global sustainable energy future.

The theme of the 2013 World Energy Congress (WEC) is “Securing Tomorrow’s Energy Today”, with stakeholders from every aspect of the power industry included.

Since the congress was first held in 1923, gathering attendees have sought to address what the WEC calls the “energy trilemma” — a concept that includes concerns faced by both developed and developing regions, including energy security, broadening of access to supply and environmental responsibility. 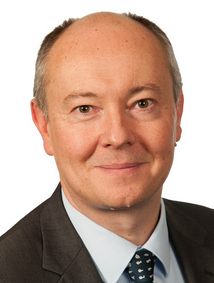 Describe the changing role of hydropower in the context of a modern energy sector:

Richard Taylor: The energy mix is diversifying. Modern energy systems are more decentralized and feed by multiple sources. This is especially so in the electricity sector. Matching supply and demand, through energy storage and ‘dispatchable’ generation sources, is an increasing challenge. Hydropower’s flexibility of operation is a characteristic which will be called on more and more in the future. Therefore, hydropower’s changing role will be one which moves more to managing the quality, rather than the quantity of electricity.

What is the biggest challenge faced by hydropower developers today?

R.T.: Inconsistencies in policy and markets are especially threatening to hydropower. Investments in hydropower are long-term activities; business models have to cater for an evolution in needs and expectations over an extensive operating life. Abrupt changes in policies, directives and market rules are very difficult to predict, and this represents a real deterrent for investors.

What single change would you like to see that could enhance the role of modern hydropower?

R.T.: If markets and incentives were to recognize fully the value of ancillary services (spinning reserve, voltage regulation, etc.) and storage, this would have a significant influence on how hydropower is operated for the benefit of the overall system.

Could you identify key hydropower markets and explain why they are attractive?

R.T.: China is hydropower’s key market. Domestically, it is seeing the greatest amount of deployment. Technically, the manufactured equipment coming out of China is robust and competitive. Internationally, Chinese companies are driving investments in emerging markets, especially in Southeast Asia and Africa.

Please explore the role of hydropower in Asia — both now and in the future.

R.T.: Extraordinary levels of deployment have been taking place in Asia, from China to Vietnam to Laos to Bhutan. Most development is for base-load generation, with several projects being developed for electricity exports. Hydropower plays an important role in transboundary interconnections. In the future, regional power pools are likely to become established as this trend continues. I believe this will further strengthen cooperation between the countries in the region.

How does this compare with a global perspective?

R.T.: The development of international power systems makes a lot of sense from the point of you of security and quality of supply. It helps with the unequal distribution of energy resources and firms the capacity of wind and solar, which will help these provide an even bigger role in the future. On-going grid extensions in Europe and the Americas should prove the case for this approach.

In terms of technology, what areas are witnessing the biggest advances for hydropower?

R.T.: Variable-speed pumped storage is starting to realize its potential, especially in Europe. Advances in low-head and modular turbines are making more sites economically viable. And marine technologies are being rejuvenated with some success; tidal, current and wave energy all appear to have contributions to make, along with salt-water pumped storage.

What are the key parameters of successful design and how are these parameters changing?

R.T.: Taking all sustainability aspects into consideration in the planning of a project makes sound business sense. The use of the recently-developed Hydropower Sustainability Assessment Protocol in guiding and measuring performance should ensure all the issues that might prevent or restrict the progress of a project have been foreseen. Excellence in technical and economic engineering is still fundamental to success, but managing the social and environmental aspects with a broad range of stakeholders is equally important. A demonstrably constructive relationship with affected communities is becoming as valuable as the commercial contracts in terms of project bankability.

What role will hydro energy play at the World Energy Congress, why has it been given its own session?

R.T.: Hydropower is happening. Close to 100 GW of new hydro has been deployed in the past three years, mainly in the emerging economies. There are a lot of new players, including private developers and investors. Project financing has also increased in complexity with new (hydro-specific) models coming to the fore. Governments, academia and non-governmental institutions all have an opinion on where hydropower should be going.

Why have you chosen to speak at this event?

R.T.: The World Energy Congress is the place where decision-makers meet. I’ve seen it described as the ‘Energy Olympics’! And I’m looking forward to contributing to the thinking about our energy future.

Final comments/thoughts on the future of hydropower?

R.T.: Hydropower straddles water and energy — two of the most important topics for this century. The World Energy Council and the World Water Council have entered into an agreement to explore this nexus. I’m convinced that IHA’s mission, to share knowledge on clean energy systems and responsible freshwater management, is relevant in these challenges for our planet.

For more information about the event, visit the WEC’s website here.