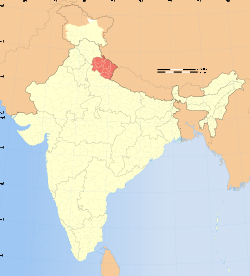 India’s Supreme Court has prohibited central and state governments from granting any further environmental or forest clearances for hydroelectric projects in the country’s northern Uttarakhand state until further notice.

According to an order issued by Justices K.S. Radhakrishnan and Dipak Misra, hydropower plants could be having a negative impact on the region, causing the court to suspend development until a study can be carried out.

“We are very much concerned about the mushrooming of a large number of hydroelectric projects in Uttarakhand and its impact on the Alaknanda and Bhagirathi river basins,” the court said. “Various studies also indicate that in the upper Ganga area, there are large and small hydropower projects. The cumulative impact of those project components like dams, tunnels, blasting, muck disposal, mining, deforestation, etc. on the ecosystem have yet to be scientifically examined.”

The court said that India’s Ministry of Environment and Forests will be charged with assembling the panel that will conduct the study. The panel will include representatives from the state government, Central Electricity Authority, Central Water Commission and other experts who are to “make a detailed study as to whether hydroelectric power projects existing and under construction have contributed to the environmental degradation, and if so, to what extent.”

Uttarakhand‘s Disaster Management Authority is to also submit a report detailing its response plan that will be evaluated on its effectiveness.

The Supreme Court said the reports will be submitted within the next few months.

HydroWorld.com reported earlier this year that India’s northern region was experiencing one of the heaviest monsoons in the country’s history.

Uttarakhand is the site of numerous hydroelectric proposals, including the 300-MW Lakhwad and 195-MW Kotilbhel 1A.