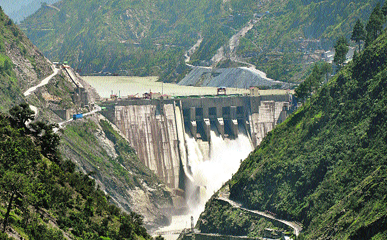 India’s Union Ministry of Environment and Forests has given environmental approval for the 450-MW Baglihar 2 hydropower project.

The Jammu & Kashmir State Power Development Corporation (SPDC)-owned project already has about 40% of its underground work completed, according to Indian sources, with the above-ground work expected to be finished by the end of 2016.

Civil work is being executed by New Dehli-based Jayprakash, with electromechanical work being provided by Voith Hydro.

HydroWorld.com reported in February 2007 that use of the river was the subject of dispute between India and Pakistan, although a “neutral expert” resolved the conflict, saying the Baglihar projects would ultimately benefit both sides.