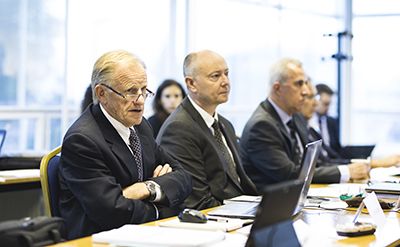 Members of the International Hydropower Association have elected Ken Adams to his third consecutive term as president.

He was re-elected during the inaugural meeting of IHA’s 2017-2019 board last week, along with five vice presidents:

Adams is a consultant and former vice president of Manitoba Hydro with more than 40 years of industry experience. He said, “It is a great honor to be re-elected as president of IHA at a time of immense opportunity in the hydropower sector.”

New IHA board members are:

IHA was formed in 1995 “to champion sustainable practices within the hydropower sector.” IHA says that since then, the world’s installed hydroelectric capacity has almost doubled, from 625 GW to 1,246 GW.