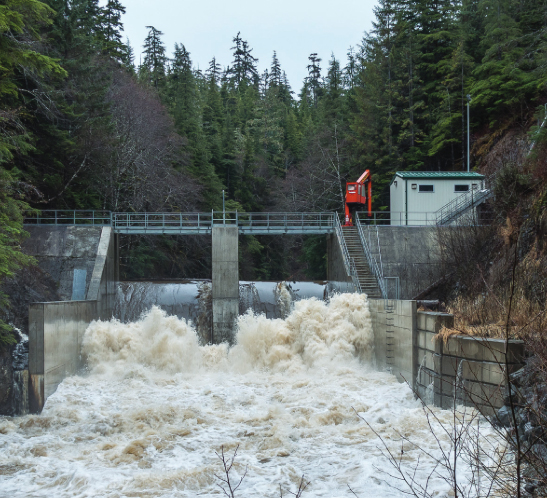 The Inside Passage Electrical Cooperative (IPEC), which provides energy to residents in Southeast Alaska, wants to begin constructing a US$5.5 million hydroelectric facility in the village of Kake on Gunnuk Creek by July 2016.

The new project would have an installed capacity of 500 kW and would produce approximately 1,600 MWh annually, or 55% of Kake’s average annual requirements,” said the report. “The project would save an estimated 6.2 million gallons of diesel fuel over its 50-year design life.”

In a report published by KTOO Public Media, IPEC Chief Executive Officer Jodi Mitchell said, “But it [the hydro facility] will actually be less expensive to build, because there’s already an existing dam there.”

The report said, “The preferred project would be an expansion and rehabilitation of an existing hydroelectric project (7 kW) that makes use of the existing water supply dam and hatchery facilities. Costs and construction risks are minimized because the dam and intake facility have already been constructed, and no new transmission lines or access roads are required.”

Kake residents and businesses purchase electricity from IPEC, a small member-owned cooperative, which also has customers in Hoonah, Angoon, Klukwan and the Chilkat Valley.

IPEC is applying for grant money to build the Gunnuk Creek project.

In the interim, IPEC has budgeted $250,000 to do design work on the recommended alternative, the next step for the project, in addition to permitting and securing funding.