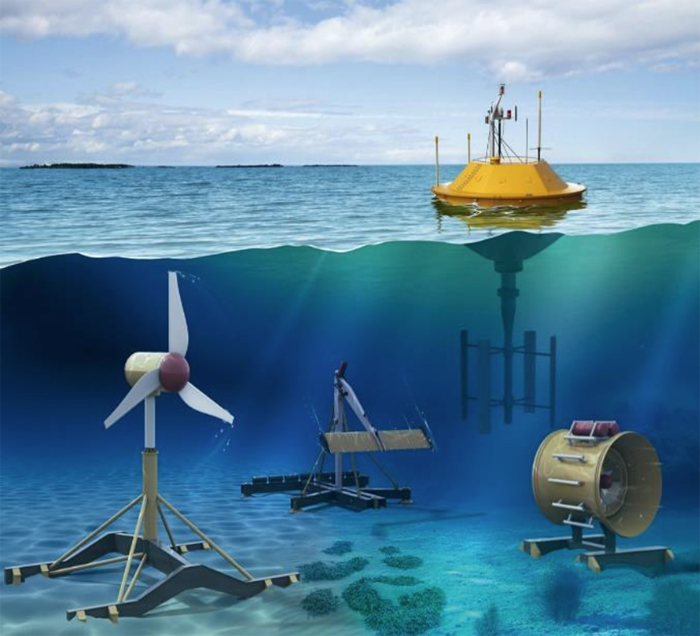 Earlier this year, the Isle of Man government awarded Manx Tidal Energy Ltd., a subsidiary of the Derillion Group, a seven-year survey license to study potential marine hydrokinetic (MHK) sites off the Isle of Man in the Irish Sea.

In November, the government selected Manx Tidal and Tocardo Tidal Energy as preferred partners to supply MHK turbines as part of its renewable energy initiative.

The Isle of Man is a self-governing British Crown dependency in the Irish Sea between Great Britain and Ireland.

Developing an offshore MHK energy hub is one of the key strategies of the government’s long-term proposals to boost the economy, according to an Isle of Man press release.

The Derillion Group has rites to three potential tidal energy sites within the Isle of Man’s territorial waters:

“The shores off the coast of the Isle of Man are an ideal geographic location to develop tidal turbines,” said Hans van Breugel, Tocardo chief operating officer.

“We are at the forefront of tidal and in-stream power generation development and one of only a few tidal energy companies commercially producing tidal energy turbines. Our technology is proven and we have been able to demonstrate our capabilities and reliability with projects we have implemented in the Netherlands and Nepal where we are producing commercial T1 and T2 turbines.”

The seven-year agreement will enable Manx Tidal Energy Ltd. to carry out preliminary work to determine the practicality and commercial viability of offshore MHK energy production.