Two additional plants were added to the Hydro Hall of Fame at this year’s HydroVision International closing awards luncheon and finale in Nashville, Tenn.

The Hydro Hall of Fame is a collection of 38 plants that have been in continuous operation for 100 years or more. These testaments to hydropower’s durability and long life have been chosen as inductees by the editors of Hydro Review every year since 1995, based on their age, performance history, and unique characteristics.

The Les Cedres and Stevens Creek hydropower plants were inducted into the 2014 Hall of Fame class with representatives from each plant owner in attendance to accept the award and make a few remarks on the achievement. 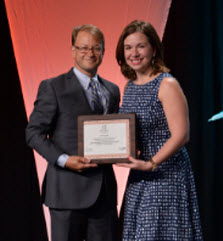 Located in Quebec, Canada, the 103-MW Les Cedres hydroelectric plant is situated in the Saint Lawrence River. The plant was commissioned in 1914 with nine main vertical Francis units and three auxiliary units with a finished capacity of 78.4 MW. At that time, these were some of the largest vertical units in use in Canada. The plant also utilized Kingsbury bearings. Nine additional units were installed at a later date, bringing it to a capacity of 162 MW. Les Cedres was the first plant in Canada to be built with the goal of exporting power out of the country. An agreement was reached in 1912 with ALCOA that committed 44.76 MW of power generated to an aluminum plant in upstate New York. Owned by Hydro Quebec, the facility is still active, making it the second oldest facility still in operation in Quebec today. 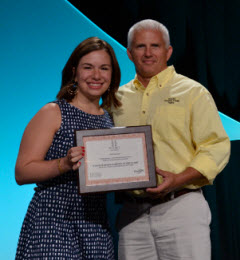 The Stevens Creek hydropower plant has been in continuous operation since its commissioning in February 1914. Located on the Savannah River near Augusta, Georgia, Stevens Creek hydro was considered by local media outlets to be the greatest engineering feat in the region at the time it was commissioned. The installed capacity in 1914 was 11.8 MW, divided between five vertical units. Construction on this project was completed in two years with a workforce of more than 800 workers. The workers were cared for in the full service work camp, which was complete with a commissary, boarding houses, butcher shop, bake shop, ice and refrigerating plant, filtered water and sewage systems and a fully-equipped hospital with resent physician on site. Currently, the plant, which is owned by South Carolina Electric & Gas, generates an estimated 94 GW/h annually to the Georgia grid.

For more information on these plants, check out the Hydro Video Library here.

To nominate your 100-year old plant for inclusion in the Hydro Hall of Fame or to see more about the plants inducted into the Hall of Fame, click here.