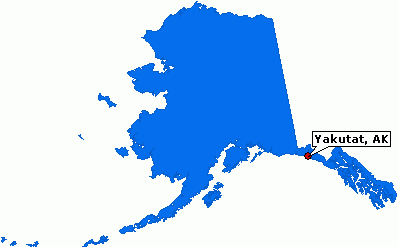 AHERC engineers, Paul Duvoy and Nick Konefal, conducted the work related to marine hydrokinetic (MHK) energy research, which is a part of the Advanced Laboratory and Field Arrays for Marine Energy (ALFA) project funded by the U.S. Department of Energy.

Duvoy and Konefal surveyed a 15-km by 5-km region off of Cannon Beach using a Reson 7125 multi-beam sonar to map the ocean floor and look for debris, according to ACEP. 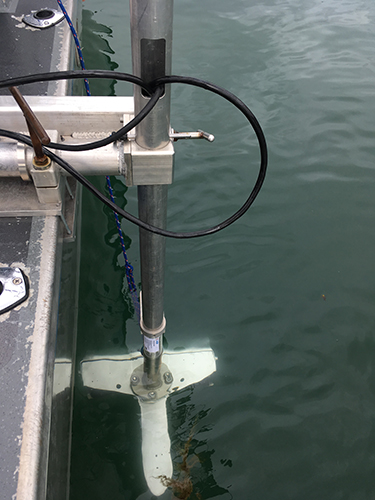 AHERC is quantifying the risk marine debris poses to the ongoing Yakutat wave energy resource assessment, and will use the collected-data to help identify potential locations for wave energy converters (WEC).

Located on the Gulf of Alaska, Yakutat is a sparsely populated remote community that currently relies entirely on diesel fuel transported by barge from Washington. The 1,000-mile trek has driven fuel prices as high as US$8 per gallon, according to published information.

In determining Yakutat’s wave energy resource, in 2016 ACEP deployed a boom-mounted mooring off shore of Yakutat to measure key parameters relevant to the placement of an array of WEC power generation units.

This week’s work also follows research AHERC conducted in 2015 at Alaska’s Tanana River Test Site in which a successful multi-beam survey was performed in the Tanana River. The survey was able to collect bathymetric data of the riverbed allowing researchers to create a map of the river bottom that has vertical and horizontal precision on the order of 2cm, according to AHERC.

AHERC said it focuses on applied research and engineering to help communities, developers and other stakeholders address the questions of whether emerging MHK energy technologies are economically, technologically and environmentally sustainable.

AHERC is housed within ACEP at the University of Alaska Fairbanks (UAF). AHERC and ACEP are based in the Institute of Northern Engineering, the research and development arm of the College of Engineering and Mines at UAF.