This 1:12 scale prototype machine is the result of a collaboration with the Polytechnic University of Turin as part of a programme between the Ministry of Economic Development and the ENEA.

The PEWEC system features a floating hull placed in the open sea with an internally mounted pendulum that oscillates with wave action and is fixed to a generator. 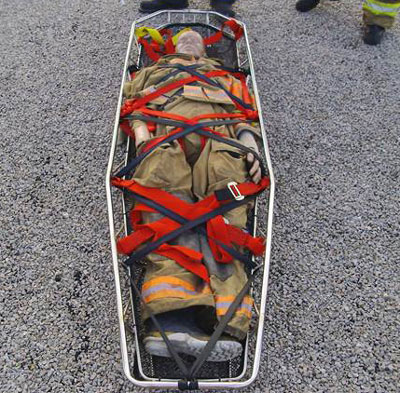 ENEA has also drawn up a Mediterranean Wave Energy Atlas containing data on speed of currents and wave height.

With approvals to operate the system in New Jersey waters for one year, according to the company, the buoy will provide key performance data to accelerate ongoing product commercialization and technology development efforts.

During the next 12 months the device will transmit performance and wave data to OPT’s monitoring and analysis centre at its headquarters in Pennington, New Jersey.

The 130 ton PB40 is 110 ft (33 metres) long and features Modular Power Take-Off technology, which the company said can be scaled for buoys of various sizes and a range of power outputs.

It also incorporates new design features, including a high voltage generation, distribution and management system, as well as an energy storage system.

Several PB40 components and subsystems are common to the OPT APB-350 PowerBuoy and OPT says it expects the PB40 deployment will validate critical design and performance parameters related to the on-going APB-350 optimization.

Australian technology firm Bombora Wave Power has entered into a Technology Evaluation Agreement with Indonesia’s Anoa Power for the evaluation of a suitable site for deployment of Bombora marine hydrokinetic devices. Bombora will subsequently confirm electricity generation capability across these locations.

In a statement from Bombora, the company said: “This agreement is a precursor to formulation of a manufacturing and distribution arrangement for Bombora Wave Energy Collectors (WEC) into Indonesia.”

The Indonesian archipelago includes thousands of islands, including Java, Sumatra and Western New Guinea, which may be suitable for wave power applications.

Development of a wave power offtake system suitable for a wide variety of marine hydrokinetic generation systems has received a boost with new funding.

In a project led by Aquamarine Power, a 1/10 scale prototype Wave Power Offtake Device (WavePOD) has received US$3.1 million in new funding from the Scottish government’s Marine Renewables Commercialization Fund, managed by the UK’s Carbon Trust.

Jointly developed by Aquamarine Power, Bosch Rexroth and Carnegie Wave Energy, the prototype has already been built and is undergoing tests at the Institute for Fluid Power Drives and Controls at RWTH Aachen University, in Germany.

WavePOD comprises a drive train, cylinder frame and power take off and its backer believe the new funding should enable the completion of scale-prototype testing and deliver the design and specification for a full-scale prototype WavePOD.

Aquamarine believes WavePOD can lead to standardized subsea units attached to a variety of different machines.

Commenting on the new investment, Aquamarine Power Chief Executive Officer, Paddy O’Kane said, “The WavePOD project addresses head-on one of the major challenges in the wave energy sector – how to convert the motion of a wave machine into electricity, both reliably and cost effectively.

“From the outset we have worked with Bosch Rexroth to ensure WavePOD will be applicable to a wide range of technologies. The very welcome involvement of Carnegie Wave Energy and the investment by Wave Energy Scotland means we can now take our plans on to the next stage.

Nova Scotia and British Columbia have signed a memorandum of understanding covering marine renewable energy. The deal between the two Canadian Provinces will see them partner on research and technology development and share information on best practices in regulation and permitting.

The memorandum represents a commitment from both provinces to further develop the tidal resource in the Bay of Fundy and wave-generated energy on BC’s west coast.

The two provinces are establishing a council of senior government officials to bring the public and private sectors together “to move ahead with priorities outlined in the memorandum and help ensure a consistent regulatory framework across Canada.”

Local media indicates the 39-year-old diver got tangled up and lost communications while working on the gates of the barrage.

US DoE advances 20 for next phase of wave energy prize

The U.S. Department of Energy has pared a list of 92 entrants to just 20 in the first round of its Wave Energy Prize program.

Qualified teams now enter the design-build-test portion of the competition with the goal of developing wave energy conversion (WEC) devices that will achieve the DOE’s goal of doubling energy captured.

Under the program, introduced in April by the DoE Office of Energy Efficiency and Renewable Energy, teams will now build 1/50th scale models and participate in small-scale tank testing before the pool is further culled by next March.

Entrants that make it through the second round of selections will then receive seed money to build a 1/20th scale prototype that will undergo tank testing at the Naval Surface Warfare Center’s Manoeuvring and Seakeeping (MASK) Basin in Carderock, Maryland, beginning Summer 2016.