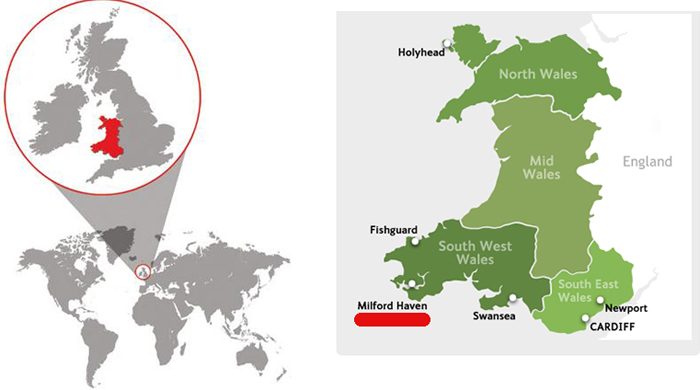 The Port of Milford Haven, in Wales, UK, has entered into a formal collaboration agreement with Marine Power Systems (MPS) for the development of the MPS WaveSub wave energy converter (WEC).

According to MPS, the agreement will enable closer collaboration between the two companies following the successful test at Marine Energy Pembrokeshire, of a pump that is a key component of the WaveSub.

MPS, based out of Swansea in the southwest portion of Wales, is developing a quarter-scale WaveSub prototype for testing about 60 miles west of its location at the Port of Milford Haven.

According to MPS, the European Regional Development Fund through the Welsh government, partially funded its WaveSub development in October 2015 via a US$2.9 million grant.

Published reports indicate the test will last between six and 12 months, and the results will help toward the development of a full-scale WaveSub device, which MPS thinks will be ready for testing in 2017.

Once completed, each WaveSub is expected to be between 35 and 40 m in length and generate 1.5 MW.

MPS envisions deploying several WEC devices in an energy farm system in Pembrokeshire’s wave demonstration zone sometime in 2019. If the system can reach commercial scale, Stockman thinks the future could see deployment of farms that include up to 100 devices.

MPS said its WaveSub has the potential to substantially reduce the costs associated with marine hydrokinetic energy devices.