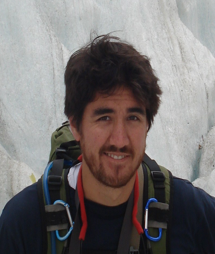 Editor’s Note: This is the most recent in a series of profiles provided by the Hydro Research Foundation that highlight potential future members of the hydroelectric power industry and their accomplishments.

The Hydro Research Foundation is actively supporting graduate students to conduct research related to conventional and pumped storage hydropower.  These students are funded through the Department of Energy’s Water Power Program and industry partners through a three-year grant.

Matt Fuller is pursuing his doctoral degree at Duke University’s Nicholas School of the Environment in Durham, N.C. His current research pursues the application of landscape genetics theory to river networks and river network fragmentation by dams. Immediately prior to his attendance at Duke, Fuller was employed as an environmental consultant in New England working with watershed and lake associations to develop best management plans for their water bodies. Additionally, he was involved in renewable energy development and power transmission projects, including permit preparation for the Cape Wind offshore wind farm in Nantucket Sound.

Fuller is completing his research this semester with the support of Dr. Martin Doyle and has been working with Carol Goolsby at Duke Energy and Yetta Jager at ORNL.

The title of his research is “Freshwater Mussel Landscape Genomics: Physical not Genetic Isolation in River Networks”. The full report is available online here.

In his research, the landscape genomics of the freshwater mussel Elliptio complanata was evaluated across the Neuse River Basin in North Carolina. Genetic evaluations were made at 25 sites throughout the drainage network using next generation restriction-site associated DNA sequencing to identify single nucleotide polymorphisms as genetic markers for genotyping individuals. Population genetic structure for the species was minimal across the landscape despite heavy physical fragmentation of the system by dams. The genetic variation observed among individuals and sites could not be explained by landscape variables such as river distance or intervening dams between sample locations. Furthermore, individual morphology and demographics were not related to the genetic clusters.

These results suggest E. complanata in the Neuse River Basin may not have experienced genetic divergence as a result of the physical isolation and habitat fragmentation experienced over the last 400 years. Instead, rare jumps past barriers by migratory American Eel hosts, short disturbances allowing barrier permeability, or the genetic memory of old individuals remaining in the reproductive population have maintained population genetic structure evenly across the landscape. Even though these populations have avoided the negative impacts of genetic erosion while in isolation, there are potential demographic, environmental, and ecological impacts of habitat fragmentation that should be considered when managing dams. These considerations are especially important when management is considering their removal and more than a single species for conservation.

Matt is actively seeking work in the hydropower industry and is in final talks for a position in the industry. To connect with Matt or learn more about the Research Awards Program please email info@hydrofoundation.org or visit the website www.hydrofoundation.org