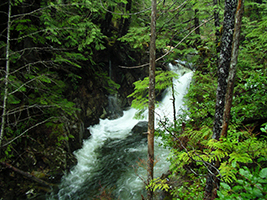 Winchie Creek, on Vancouver Island, is a run-of-river project owned by the Tla-o-qui-aht First Nation.

Under the contract, Mavel will provide a five-jet vertical Pelton turbine Model PV1130/5, generator, inlet valve and hydraulic power unit. The runner will be 1,130 mm in diameter and the unit will be directly connected to a generator operating at 450 rpm. Delivery of the turbine-generator package is scheduled for spring 2017, with commercial operation expected to begin during summer 2017, according to a Mavel press release.

The Winchie Creek project has a net head of 156.5 meters and design flow of 3 cubic meters per second.

Barkley Project Group in Nanaimo, British Columbia, is acting as the agent for the owner and is also the project manager. The company has provided technical and management services for more than 50 renewable energy development projects in British Columbia and Yukon since its founding in 2003, Mavel says.

The Tla-o-qui-aht First Nation owns two other hydro projects. The others are 6-MW Haa-ak-suuk Creek and 5.5-MW Canoe Creek.

Mavel is a Czech/American owned and managed supplier of Kaplan, Francis, Pelton and TM Modular Micro Turbines. Mavel designs and produces its turbines at its Czech-based facilities.