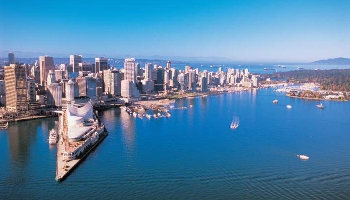 Metro Vancouver said its first priority remains the supply of drinking water to the region, but that the 58-year old Cleveland Dam, which impounds Capilano Lake, could be used for energy production.

Currently, excess waters simply flow over the dam’s spillway, though a 2010 program called the “Joint Water Use Plan for the Capilano and Seymour Watersheds” led Metro Vancouver to submit applications for a pair of hydropower projects to the Provincial Comptroller of Water Rights earlier this month.

“At this point, we see a large number of potential environmental, social and operational benefits that would result from hydro power and related improvements,” said Metro Vancouver utilities committee chairman Darrell Mussatto.

Currently, many fish falling over the Cleveland Dam spillway do not survive. Metro Vancouver says a fish capture and transport system would improve passage for steelhead trout and coho salmon.

Metro Vancouver did not specify how much the project might cost, when it could begin, or what the capacity of the hydroelectric component might be.