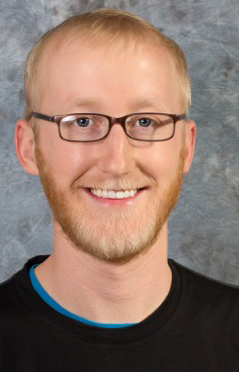 Editor’s Note: This is the most recent in a series of profiles provided by the Hydro Research Foundation that highlight potential future members of the hydroelectric power industry and their accomplishments.

The Hydro Research Foundation is actively supporting graduate students to conduct research related to conventional and pumped storage hydropower. These students are funded through the U.S. Department of Energy’s Water Power Program and industry partners through a two-year US$1 million grant.

Mike Starrett recently earned his Ph.D. while working in the area of system modeling and advanced controls from Oregon State University. He earned his Master of Science in Electrical Engineering from Michigan Technological University and worked for several years as a project manager before joining the Energy Systems Group at OSU. Starrett is an avid outdoorsman and is dedicated to working to support and enhance clean energy generation.

Starrett completed his dissertation, “Development and Experimental Hardware Validation of Novel Variable Speed Hydropower Control Schemes for Emerging Applications and Water Resource Paradigms,” in June, which met his award requirements. During his process Starrett received support from Dr. Ted Brekken, an associate professor in energy systems at OSU, and has been working with John Etzel and Scott Cotner, who are engineers with the U.S. Army Corps of Engineers.

Recent opportunities for new hydropower generation in the U.S. have often been in non-powered dams and run-of-river type flows occurring in low-impact natural areas and unregulated conduits. At the same time, a changing water resource paradigm is challenging some existing generation in drought stricken areas where supply reservoirs at medium and high head units are at historically low levels.

The result is a developing market space which is potentially best captured by machines capable of variable speed operation. Variable speed units have a wider range of operating conditions compared to their synchronous counterparts and have already proven their resilience during more than 20 years in pumped hydro applications.

This work develops a control scheme for variable speed hydropower units operating to deliver a set-point power through flow controlling gates. This control scheme increases both the hydrologic operating range of a unit as well as the speed of response to grid contingencies under droop and automatic generator control. Results from simulation are confirmed on hardware.

Starrett has accepted a position at The Northwest Power and Conservation Council in Energy Policy. To connect with Mike or learn more about the Research Awards Program please email info@hydrofoundation.org or visit the website ww.hydrofoundation.org.