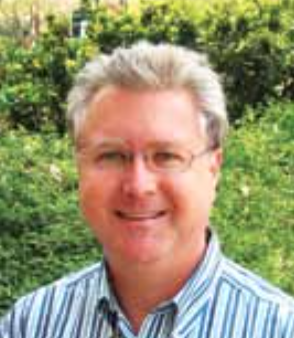 Miller, who serves as Senior Vice President of Renewable Energy Services for HDR, was selected by a committee of his peers for his dedication to the hydroelectric industry over a career spanning almost four decades.

Miller began his career with Duke Energy and through positions of increasing responsibility in capital project planning and execution, dam safety oversight, outage coordination, maintenance and operations, and fleet modernization. While with Duke, Miller served as Director of Operations for the company’s Brazilian fleet, where he worked to improve rural drinking water systems and introduced aquatic biology and science programs to local schools and governances.

Miller was also responsible for championing a number of wildlife enhancement projects, including the establishment of wild turkey habitats within several of Duke’s remote hydropower facilities that led to long-term partnerships with the National Turkey Federation and the South Caroling Department of Natural Resources.

Following his tenure at Duke, Miller then served as a founder and CEO of consulting firm Devine Tarbell & Associates before accepting his current position with HDR.

“A leader and steadfast advocate for hydropower, Rick Miller’s contribution to the industry cannot be measured or quantified,” NHA Executive Director Linda Church Ciocci said. “His career spans every aspect of our industry — from the construction of new hydropower facilities, to licensing and operation.

Rick’s counsel and vision have greatly benefitted hydropower, and this well-deserved lifetime achievement award is a true reflection of the role he has played in our industry.”

Miller has also served on NHA’s Board of Directors and as President, during which time he established NHA’s CEO Council and Pumped Storage Council. Today, he serves on the U.S. Department of Energy’s Senior Peer Review Group, which assists in guiding development of DOE’s Hydropower Vision Report.

The award was established by NHA in 1990 and honors its namesake, Kenneth Henwood, who died while working on a project in California. The Henwood Award is considered NHA’s most prestigious individual honor.

“On behalf of NHA and the hydro industry, I’d like to congratulate Rick and thank him for his extraordinary work to promote value and promise of hydropower,” said Church Ciocci.

More information about past Henwood Award winners can be found on the National Hydropower Association’s website.

Miller’s HDR was also the recipient of NHA’s President’s Award for the company’s role in developing the Hydropower Vision Report.

The special honor — last bestowed in 2009 — was established by NHA’s Board of Directors in 2003 to recognize companies that exhibit exemplary leadership on behalf of the industry.

“The President’s Award recognizes a company that has the foresight to establish a new vision, forges new paths, demonstrates perseverance in overcoming major obstacles, and exhibits a sense of responsibility as ambassadors on behalf of the hydro industry,” NHA President John McCormick said.

The award was accepted by HDR Vice President Dave Culligan.