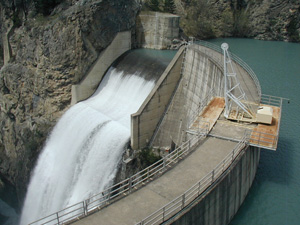 Alstom is working on the rehabilitation, replacing the automatic voltage regulator with a digital control system known as “SMARTGEN.” This regulator can produce electricity at constant voltage, allowing the Pont Baldy hydropower facility to remain operational and free of downtime caused by voltage fluctuations that result in power outages.

Alstom says the system is “perfectly suited to the specific requirements of owners of small hydro power stations” and that when paired with maintenance diagnostic software, it can “help operators to independently intervene and retain control of equipment maintenance.”

Alstom installed a new speed regulator at Pont Baldy in 2006 but says the installation of the SMARTGEN system is the first step in a new modernization project.