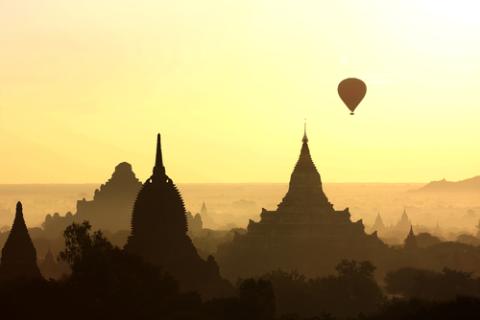 The International Finance Corporation and government of Myanmar have released a draft strategic environmental assessment intended to help guide sustainability within the southeastern Asia country.

The report is the culmination of an 18-month process that drew input from the private sector, financial institutions, non-governmental organizations and others, with coordination led by Myanmar’s Ministry of Electricity & Energy (MOEE), and Ministry of Natural Resources & Environmental Conservation (MONREC).

Key amongst the strategic environmental assessment (SEA) findings is a recommendation to preserve Myanmar‘s main waterways — namely the Ayeyarwady, Thanlwin and Chindwin rivers — in favor of those that have what IFC called “less environmental, social and cultural risk.”

“Recommending to protect the mainstems of Myanmar’s key rivers would be a monumental achievement with multiple socio-economic benefits, keeping the natural ecosystems of our country,” said U Hla Maung Thein, Director General of MONREC’s Environmental Conservation Department. “We hope to see this recommendation moved forward by decision makers.”

Myanmar’s need for power
Myanmar has made electrification a “key to improving livelihoods and achieving broad economic development,” per the SEA, with a goal of powering the entire country by 2030. This would equate to an increase of between 500-1,000 MW of cumulative capacity per year, giving the country a total of 16,665 MW-worth of installed capacity in 2030.

New capacity would come from a mix of sources, including fossil fuels and other renewables. But, Myanmar’s wealth of untapped hydro potential has led to a flurry of development activity — particularly amongst the private sector.

Investors are also hoping to turn Myanmar’s energy sector into a revenue source, with the country exporting surplus power to its neighbors.

That growth is likely to accelerate, with the government having received proposals for another 69 facilities of at least 10 MW capacity. The bulk of these are being planned by private companies or Chinese state-owned corporations, IFC said, and combine to equal nearly 43,000 MW of new capacity.

What happens next
The IFC will now solicit feedback on the draft SEA — available for download via its website here — before issuing a final report after the June 12 deadline for comments.

The SEA follows a 2016 IFC initiative that saw the formation of the “Hydropower Developers’ Working Group“, which represents more than 100 stakeholders working in the country’s hydro sector. Both the SEA and working group were also supported by the Australian government.