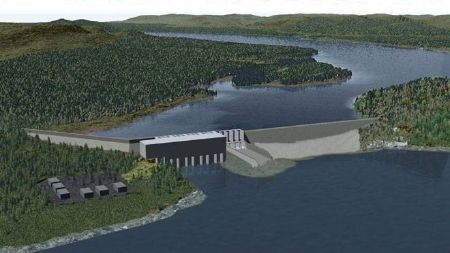 The Newfoundland and Labrador government will soon launch an official investigation into the controversial Muskrat Falls project.

Speaking at a Liberal Party event in St. John’s last week, Premier Dwight Ball said the inquiry will begin after the government decides which provincial judge will lead it. Ball also said the formal examination is necessary because a mere audit would be inadequate into determining why the cost of the Nalcor Energy-owned plant continue to rise.

The 824-MW Muskrat Falls project has been controversial through its development, but a 2013 study projected its cost to be about US$1.5 billion less than a combination of wind and natural over the 35-year lifespan of anticipated commercial contracts. The plant was also expected to save the province nearly $410 million over the same period compared to importing power from Quebec.

At the time of that report’s release, Muskrat Falls was expected to cost about $7.4 billion and be producing power by the end of this year.

Now, however, the government said the plant will cost at least $12.5 billion to complete, with generation not expected until 2020 at the earliest.

Muskrat Falls will be located on the Churchill River in Labrador downstream from the existing Churchill Falls plant, and is one component of the Lower Churchill complex that could eventually include the 2,250-MW Gull Island plant.

The Canadian government provided an additional CAD$2.9 billion in loan guarantees for its construction last November, saying Muskrat Falls is part of its long-term infrastructure plan.