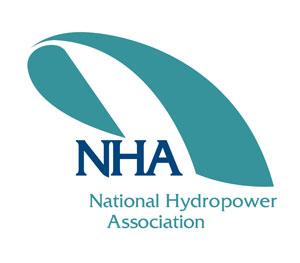 The National Hydropower Association presented the winners of its Dr. Kenneth Henwood and Outstanding Stewards of America’s Waters awards at Waterpower Week in Washington.

David Moller received the Henwood award in recognition of his dedication to the hydropower industry throughout his 42-year career. This award is given in recognition of a lifetime of achievement and is NHA’s most prestigious honor.

“As a pioneer, David’s contribution to the hydropower industry cannot be overstated,” said Linda Church Ciocci, Executive Director of NHA. “In addition to being a trailblazer at the national and local level on licensing reform, he has been a strong advocate for environmental stewardship.  On behalf of the hydropower industry, we would like to congratulate David for his tireless dedication to promote the value and growth of hydropower.”

Throughout his career, Moller has been an industry innovator, NHA says, driving hydropower policy as a two-term president of NHA and a member of NHA’s CEO Council. At the national and local level, Moller has been at the forefront of licensing reform. He led the first collaborative relicensing settlement agreement in California, which still serves as a national model. In addition to leading one of the seven pioneering ILP relicensing proceedings nationwide, he steered the first-ever cooperative relicensing proceeding with another FERC licensee on the same reach of the same river.

The OSAW awards provide recognition to deserving organizations and reflect the changing nature of the hydropower industry, particularly the fact that hydropower can be used in various waterways. The program merges the former Hydro Achievement Awards and Outstanding Stewardship of America’s Rivers Report.

“This year’s OSAW winners are a true reflection of the hydropower industry’s commitment to sustainability and environmental stewardship,” Ciocci said. “From creating state-of-the-art hatcheries to educational programs, these projects demonstrate the value hydropower brings to local communities.”

The winners in each category were:

For more information on the awards, visit www.hydro.org/osaw.