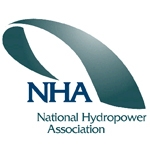 The Henwood Award — NHA’s highest individual honor — has been presented annually since 1990 to a recipient who best exemplifies the qualities of its namesake, including:

Nominations for the 2015 Dr. Kenneth Henwood Award will be accepted until Jan. 23, 2015. Submissions can be made via NHA’s online application portal.

The award will be presented during a ceremony at the National Hydropower Association’s Annual Conference, which takes place April 27-29 at the Capital Hilton in Washington, D.C. For more information about the event, visit here.

Michael Swiger, a partner at Can Ness Feldman LLP, was selected as the recipient in 2014.