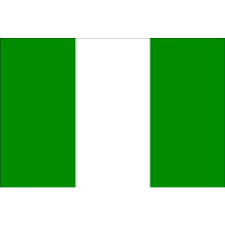 The federal government of Nigeria has approved the contract for the construction of the 3,050-MW Mambilla (or Mambila) hydropower plant, with a total cost of $5.792 billion.

The Federal Ministry of Power, Works & Housing says development of this project is being pursued to accomplish the federal government’s “roadmap to incremental, steady and uninterrupted power in the country.” CNN also says the Chinese Import-Export Bank will finance 85% of the development, with the Nigerian government contributing 15%.

The ministry did not identify the name of the company that received the contract, but CNN reported it was “a consortium of Chinese state-owned construction firms.”

Mambilla, on the Donga River in the eastern Taraba State, was been on the radar for development since the early 1980s. Four dams will be built, between 50 m and 150 m tall. The government expects the plant to be complete in 2024.

Babatunde Fashola SAN, the minister of power, works and housing, disclosed approval of the contract to State House Correspondents after a Federal Executive Council meeting. Fashola said the project would, on completion, stabilize the national grid between the South and North of the country.

“It will have considerable positive impact on electricity nationwide, productivity, employment, tourism, technology transfer, rural development, irrigation and food production in the area and beyond,” he said.

HydroWorld reported in July that construction of the Mambilla plant had begun.

And for more news about hydroelectricity in Africa, click here.