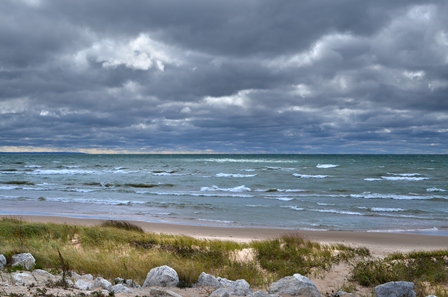 A three-year, US$300,000 grant from the National Science Foundation will allow Worcester Polytechnic Institute associate professor of mechanical engineering David Olinger to conduct research on developing a new form of ocean energy.

The research builds on Olinger’s prior research, funded by the NSF and U.S. Environmental Protection Agency, in which he developed a low-cost kite system that used wind to generate power. Olinger and a team of graduate students developed computational models that predict trajectories and power output for kites of different sizes and tethers of different lengths, which can be used to design kites capable of flying in stable, high-speed figure-eight patterns under changing weather conditions.

The same algorithms can be applied to the design of underwater kites, Olinger said, but “instead of moving air, you have moving water and the kites have rigid wings.”

Olinger will now evaluate possible designs for undersea kites and explore methods for tethering them to floating platforms similar to those used for oil and gas rigs.

WPI said the team will also examine the advantages and disadvantages of mounting turbine generators directly to the kites or placing the generators on the platforms.

The final stage of Olinger’s research will see the construction of scale models, which will be tested in water tanks at WPI and the Alden Research Laboratory.

“For one, the generators can be smaller, since with the figure-eight motion the kite will move, the kite will move three to five times faster than the current, greatly amplifying the power output — which could be as much as 64 times greater than the output of a comparably sized stationary turbine,” Olinger said. “And since the kites will be attached to floating platforms, rather than located on the sea floor, they will be substantially less expensive to install and easier to retrieve for maintenance.”

Olinger’s kite system is similar to one already being developed by Swedish company Minesto, though a WPI representative said the two projects are not related.