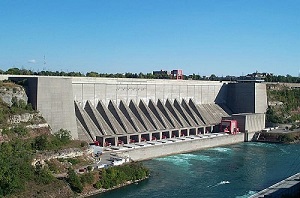 Infrastructure rehabilitation is headed to the east coast after Johnson Controls Inc. (JCI) was awarded a $4.9 million contract and Hatch Associates Consultants Inc. received a contract for $434,600 from the New York Power Authority (NYPA).

The NYPA Board of Trustees approved the contracts Oct. 15 for the two firms, both located in Amherst, to perform upgrades and assessments for two hydro power plant assets after a competitive bid process.

According to NYPA spokesperson Julieanne Sullivan, the safety systems at the 912-MW St. Lawrence-Franklin D. Roosevelt Power Project in Massena are slated for upgrades, and the 2,525-MW Robert Moses Niagara Power Plant in Lewiston will receive an assessment of its control room equipment.

“NYPA is vigilant about ensuring a safe working environment for our employees and protecting the integrity of our power plant assets,” said Gil C. Quiniones, NYPA president and chief executive officer. “The selection of two Western New York firms to perform the installation of state-of-the-art safety equipment and for critical engineering assessments is another demonstration of the depth of skill and wide range of expertise New York State businesses have to offer.”

JCI will provide engineering, procurement, installation, start up, testing, demolition and commissioning of a comprehensive safety system project at St. Lawrence-FDR. The initiative, which is scheduled for completion by the end of 2016, will include a new public address system at the hydroelectric plant, a fire alarm system, and exit and emergency lighting systems.

Under the contract award to Hatch Associates, the firm will assess the central control room systems at the Robert Moses Niagara Power Plant, which is the Niagara Power Project’s main generating facility. The plant’s central control room is responsible for 13 generating units; the 12 pump-generating units at the Lewiston Pump-Generating Plant, the Niagara project’s auxiliary facility; and the switchyard circuit breakers of the project’s transmission facilities.

The technical and fiscal assessment by Hatch, also scheduled for completion in 2016, is prelude to a planned upgrade by NYPA to the Niagara project’s monitoring and control systems. This will center on technology improvements and system redundancy measures, in support of the hydroelectric facility’s dependable and efficient operations in the decades ahead.