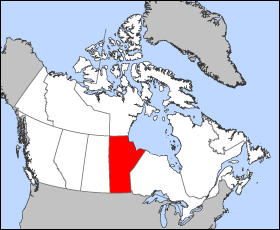 Hundreds of protesters from Cross Lake, a community of some 5,000 Cree Indians (Cross Lake First Nation) in northern Manitoba, Canada, are poised to end their three-week occupation of the 135-MW Jenpeg Dam Generating Station on Nov. 7.

On Nov. 5, Cross Lake Chief Cathy Merrick announced all sides have signed an agreement to resolve a treaty-related dispute unfolding at Jenpeg Dam. The facility is located 525 km north of the City of Winnipeg.

Additionally, Cross Lake First Nation signed the National Flood Agreement with Manitoba Hydro in 1977. However, complaints from the Algonquian-speaking people site traditional lands being regularly flooded, the fragile shoreline is eroding, and their community the company has not done enough in eradicating mass poverty and unemployment.

Merrick reportedly said the locks will come off the grounds of the generating station after an agreement is finalized and Manitoba Premier Greg Selinger agrees to personally deliver an apology to the community.

“The commitments in this memorandum of agreement bring us a measure of hope,” Merrick said in a statement. “We look forward to turning the commitments into major on-the-ground change. That is what our people need.”

Manitoba Hydro is a Provincial Crown Corporation that provides hydroelectric energy and natural gas to customers throughout Manitoba. The company continues to maintain and develop hydro-related power assets in Canada and has plans to expand beyond the Canadian boarder into the U.S.

Jenpeg Dam Generating Station is on the upper arm of the Nelson River and is one of the key elements in the successful development of the hydroelectric potential of northern Manitoba.

In addition to generating electricity, Jenpeg’s powerhouse and spillway structures are used to control and regulate the outflow waters of Lake Winnipeg.