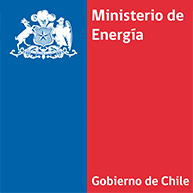 An online platform called Hidroelectricidad Sustenable has been launched to publish information from a study on the hydropower potential of 12 river basins in central-southern Chile.

The study found that the basins have hydro development potential of 11 GW, along with an additional 5 GW in the region of Aysen, according to a report by BNamericas.

A more in-depth study is under way of the seven basins, out of the 12 total, with the most energy potential.

The platform, officially launched by Chile’s Ministerio de Energia on February 1, is intended to provide citizens access to information about hydroelectric development in the country.

The ministry has stated a goal of adding 100 new small hydro plants, with installed capacity of less than 20 MW each, by 2018, the end of President Michelle Bachelet’s term in office.

Recent hydro project activity in Chile includes support of an environmental permit allowing for construction of the 640-MW Cuervo plant and official opening of the 60-MW El Paso project.