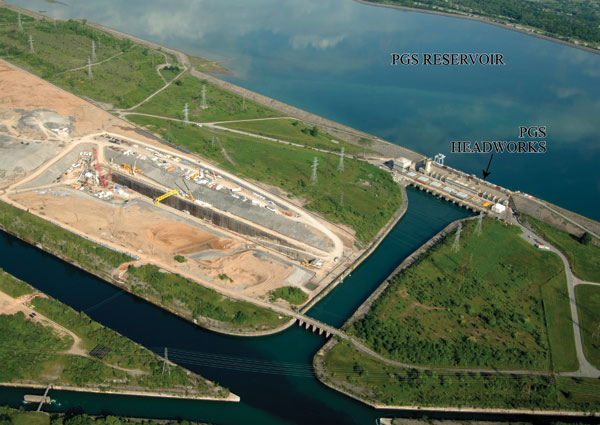 Ontario Power Generation (OPG) announced this month that it is spending C$60 million to refurbish the 750-acre reservoir impounded by the dam at the 174-MW Sir Adam Beck Pump Generating Station (PGS), located near Queenston Heights, Ontario, Canada. The reservoir, 1-km long by 3-km wide, is the largest of its kind in Canada, according to OPG.

Part of the Niagara Plant Group, the PGS began service in 1958 and has six generating units. It is part of a complex that is situated on the downstream side of Niagara Falls on the Canadian side of the Niagara River and utilizes Lake Erie as its drainage basin.

“We are refurbishing the reservoir so it can operate for another 50 years or more as Canada’s largest and most flexible energy storage facility,” said Mike Martelli, OPG president of renewable generation and power marketing.

St. Catherines, Ontario-based Rankin Construction Co. is performing the work that is expected to be completed by winter 2016.

Martelli said it took two weeks to drain the civil structure at which time crews rescued about 5,500 fish in the reservoir and moved them into the Niagara River.

According to company officials, the reservoir’s planned rehabilitation and upgrade includes installing a synthetic liner in selected areas, and grading various locations to remove depressions and even out the reservoir floor’s surface where needed.

Rankin will also construct a rock berm downstream of the dyke to enhance its ability to resist possible seismic activity.

Additionally, a road remains at the bottom of the reservoir built during the facility’s construction from 1957 to 1958. It will be repaired and used during the rehabilitation project to transport materials to the east end of the reservoir where most of the work is being done.