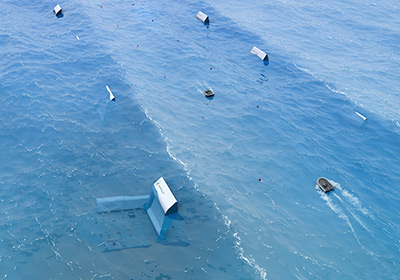 When we look back at 2018, I’m sure we’ll remember California Governor Jerry Brown signing into law Senate Bill 100 as a watershed moment when engineering and technology stepped up to meet a significant global challenge. Perhaps this will also be remembered in the same way as the start of the Apollo program: A goal so challenging that, once achieved, will secure America’s technological leadership for decades to come.

I just started listening to BBC’s inspiring new podcast, 13 Minutes to the Moon, about the Apollo 11 mission and the young team pitching in all they had to achieve their mission. As I listened, the parallel to today’s great engineering challenge was quite striking. When the Apollo project started, no country had the technology for such a mission. Even though the USSR had the edge in orbital space flight, U.S. President Kennedy knew his audacious goal would level the field.

In the same way, the objective of 100% clean energy by 2045, as required by the bill, will require new technologies to be both invented and deployed at scale, all within a short space of time. Apollo’s goal was achieved within just the decade. Today, renewable electricity generation already makes up a sizeable portion of California’s energy mix, but to produce renewable electricity all through the year and maintain an acceptable price for electricity will require a massive effort in developing and deploying new technologies.

The critical problem in California and other locations is the seasonal dip in the wind and solar resource. In the winter, both solar and wind power drops significantly. Thus, in order to fulfil the demand, the power production from wind and solar would need to be built out to such a great extent that summer generation would far outstrip demand. A report published in the MIT Technology Review last year highlighted that the excess energy production would climb to 8 TWh in summer in the 80% renewables scenario.

Those seasonal peaks and troughs could be evened out using energy storage. The only technology currently deployed that can store significant amounts of energy for months at a time is pumped hydro, but pumped hydro is currently occupied in balancing the grid over much shorter time scales, and the capacity is less than 1% of the level needed.

Much hope and investment has gone into electrochemical battery storage technologies, and I’m sure many readers will have seen the hockey stick graphs showing the cost of battery storage decreasing as the demand for the raw material rapidly increases. Battery storage is fine for smoothing out the short-term peaks and troughs. But betting on this technology to reduce in cost sufficiently for seasonal energy storage seems to be a risky strategy, especially when a solution lies just to the west.

The oceans are by far the largest form of energy storage on the planet. The heat of the sun’s rays creates currents that are driven deep below the surface and weather patterns in the atmosphere that create winds and drive waves across the surface. Once generated, these waves travel great distances before barrelling into the land. West of California, the ocean stretches out thousands of miles, a huge area to capture and create wave energy. The energy in the waves demonstrates this. On overage over the year, wave energy barrelling towards the Californian coast is 600 kWh/m/day. The solar resource in California ranges from 4 to 8 kWh/m2/day.

The seasonality of wave energy in California is one of the great benefits. The waves are weakest in the summer months, when solar and wind are at their peak. Then in the winter months, the resource climbs to more than 1 MWh/m/day in the north. To put that in scale, if we take the developed wind resource areas of Mohave and Palm Springs and place them end to end, the length would be about 70 miles. The wave energy resource parallel to 70 miles of coastline is about 5 TWh. Thus, it seems obvious to use this resource to significantly balance the seasonal challenge of wind and solar.

Wave energy technologies already exist, and significant technical milestones have been reached in recent years. Costs of these new technologies are naturally still higher than wind and solar. But there’s no reason why costs won’t drop in the same way as other technologies. Therefore, rather than place all the bets on storage technologies to solve this seasonal challenge, it’s sensible to also deploy wave energy. A new wave energy industry also has the advantage of creating local skilled jobs. By some estimates, this could be in the hundreds of thousands when considering the construction, operation and maintenance.

If California succeeds in generating 100% clean electricity by 2045, it will also have succeeded in reaching a goal of global significance and leading the way in an array of new technologies — including wave energy.

Christopher Ridgewell is chief executive officer of AW-Energy, which is developing the WaveRoller technology. Visit www.aw-energy.com for more information.