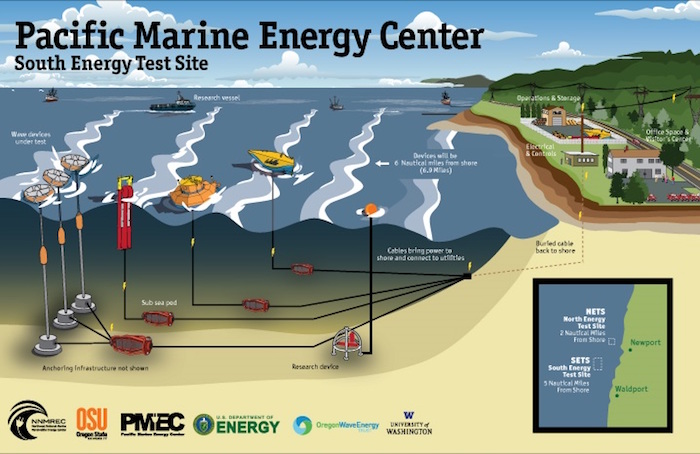 The facility, or PMEC-SETS for short, would provide four pre-permitted test berths — each capable of connecting five devices to the grid off the coast of Newport, Ore. The site is expected to support up to 20 MW of marine energy generation.

The U.S. Department of Energy, acting as a project partner with OSU, said the application represents the “culmination of over five years of working with federal and state agencies, tribal governments, and other important stakeholders to identify appropriate project locations, develop project plans, and reach agreement on measures to avoid, minimize, and mitigate for potential environmental impacts.”

The FERC filing contains a number of key elements, including:

Oregon State is now collecting public comments on the draft license application, which will be evaluated as it prepares a final application for a 25-year FERC license later this year.

PMEC-SETS is being developed in conjunction with OSU’s College of Earth, Ocean and Atmospheric Sciences, and the Northwest National Marine Renewable Energy Center. Initial operations are expected to begin in Summer 2021.