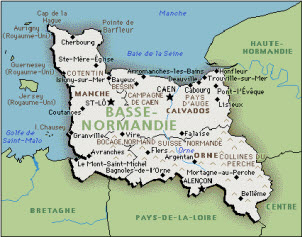 Officials from West Normandy Marine Energy (WNME) and the Regional Mission for Innovation (MIRIADE) have signed an agreement that establishes a new marine and hydrokinetics research network in France’s Basse-Normandie region.

Called the MRE Research and Innovation Network, the organization unites 21 organizations with the goal of building relationships between industry decision makers, enterprises and laboratories to encourage collaboration in advancing marine renewable energy.

The network will focus on 10 topics based on four main fields of expertise, WNME said, including:

“The existence of this synergy positions Basse-Normandie as a world-class player in the field of energy diversification,” said Laurent Beauvais, president of the region. “Today, leveraging the successful actions that we have carried out over the past two years, a real MRE Research and Innovation Network has been founded. These stakeholders will be able to make an impact and grow alongside changes in the marine renewable energy field.”

Officials from Basse-Normandie met with representatives from Scotland’s European Marine Energy Centre (EMEC) this past October in anticipation of development at the Raz Blanchard and Brittany MHK test beds.

HydroWorld.com reported that Alstom and French utility GDF Suez had announced a proposal for tidal energy research at Raz Blanchard in September.