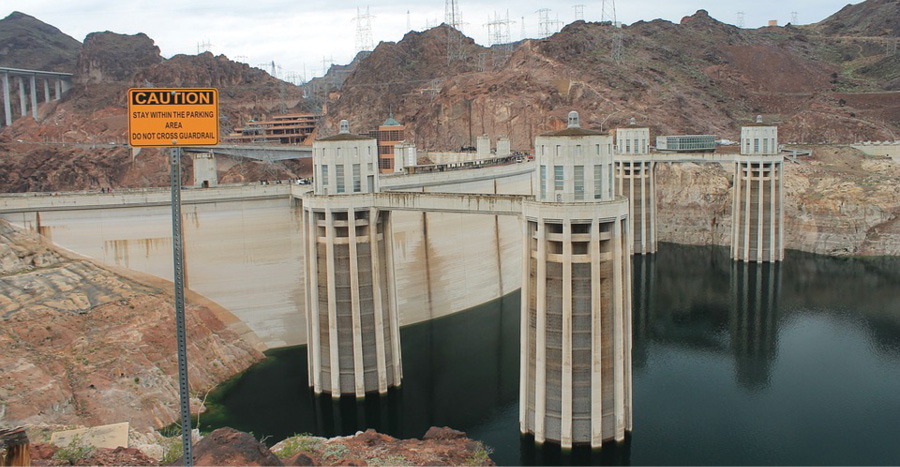 If you own a dam or hydropower plant, you’ve probably seen this in person. I can’t count the number of hydroelectric facilities I’ve toured over the years where plant personnel have to deal with members of the general public coming much too close so they can fish.

Don’t get me wrong, I do understand the love of fishing. In fact, there’s a funny story in my family about a conflict between the five grown female siblings in my grandmother’s family regarding fishing. The short story is that it was Thanksgiving and some of the women wanted to go fishing rather than cook Thanksgiving dinner. My grandmother and one of her sisters went fishing that holiday. It took the sisters years to put that squabble behind them.

But you know what, I love my life much more than I love fishing. So, I fish in areas not immediately adjacent to dams and hydro powerhouses, where I could inadvertently get injured or potentially worse.

Perhaps I am lucky in that I understand the true power (pun intended) of these facilities and the water flowing around, over and through them. With understanding comes respect.

Regardless, I had to shake my head when I recently read about the tourist from Wales who decided, during a drunken “stag do,” to swim across the reservoir behind Hoover Dam in the U.S. He was in the country, at nearby tourist destination Las Vegas, when he and his buddies decided they wanted to visit this iconic structure.

Fueled by alcohol consumption and also, obviously, a clear lack of understanding of how stupid he was about to be, this man got the bright idea to swim across the lake. Ignoring the fact that the area was marked as restricted, he climbed down the rocks on the Arizona side of the dam, then swam across to the Nevada side.

His trip was about 1,500 feet in length, and his 30-minute swim took him past the intake towers that supply water to the downstream powerhouse. Reports indicate nine of the ten turbines in the powerhouse were off that day, which may well have saved his life. “The water pushes you towards the wall so you’ve got to swim quite hard,” he told the DailyMail.com.

The swimmer was met on the far side by law enforcement officers, who issued him a fine but did not arrest him.

The DailyMail.com quoted him as saying, “There are no signs saying no swimming – you’re just expected not to.” Interestingly, news agencies are reporting that prior to 2001, the lake was open in that area and people could swim.

The U.S. Department of Interior’s Bureau of Reclamation, which owns and operates the Hoover facility, has not issued any official press announcements. However, Reclamation Special Agent Ian Canaan did speak to local reporters and media and said, “This is exactly the recipe for drowning. It’s not open to the public ever, so we have a security violation issue as well.”

And hence back to the title of this column: Keeping People Safe. It is incomprehensible that people will do things that are counter to their continued survival on this Earth. And yet they do. So sometimes they need to be protected from themselves, and unfortunately sometimes that onus falls to the owners and operators of facilities that may be attractive to the ignorant members of our populations.

We are considering publishing an article on the topic of public safety around dams and hydropower facilities in a future issue of Hydro Review. Do you have a best practice or lessons learned on this topic that you can share? Email me at elizabethi@pennwell.com.