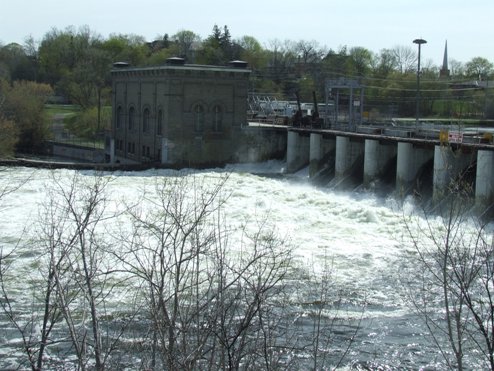 Peterborough Utilities has recently completed the expansion of its London Street small hydro station to 9.8 MW from 3.8 MW, according to KawarthaNOW.

This generating station, on the Otonabee River, was expanded through the addition of a second powerhouse at a cost of $30 million.

The original London Street station was constructed in 1884, and Peterborough Utilities acquired it in 1975.

In addition, the utility has entered into two partnerships with the Curve Lake First National to build hydro facilities on the Trent-Severn Waterway: