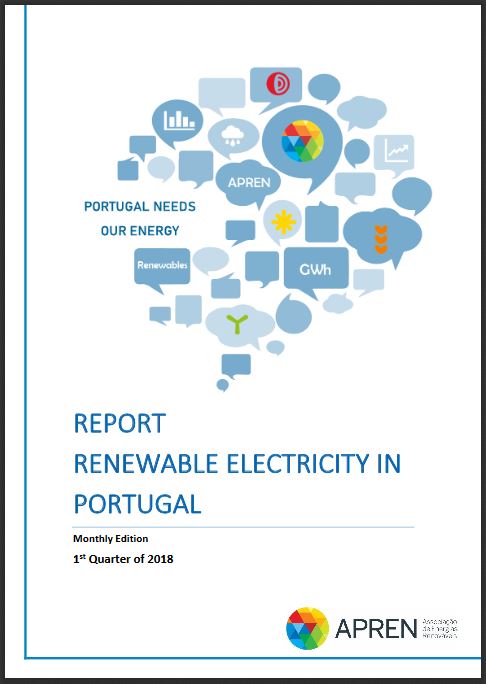 According to data from Associacao de Energias Renovaveis (APREN) in Portugal, a renewable record was set in March 2018, with renewable electricity production surpassing the demand of mainland Portugal.

This resulted in electricity prices on the Iberian wholesale market being reduced by 10%, an export electricity balance of 878 GWh, and emission of 1.8 million tons of CO2 avoided. Portugal exports electricity to Morocco and France.

During the entire first quarter of 2018, renewable energy sources accounted for 62% of the electricity produced in mainland Portugal. The largest source of this generation was wind at 29.6%, followed by hydro at 26.8%. But in March 2018, hydro contributed 55% of all electricity consumption and wind 42%.

The report notes that March 2018 was the second rainiest month since 1931, and the months of January and February were very dry. In fact, the March rains “contributed to ending the meteorological drought that had occurred in Portugal since April of 2017.”

APREN concludes this report by saying, “These data reinforce the role of renewable sources in the reliable and safe supply of the electricity needs of Portugal. If the abundance of wind and water resources allowed this record in the winter, it is imperative to promote the use of solar photovoltaic energy and thus ensure that significant contributions from green electricity are also achieved in the summer.”

HydroWorld.com recently reported that Energias de Portugal has signed a five-year agreement with General Electric to implement an asset management and digitalization project in several of the utility’s hydropower projects.