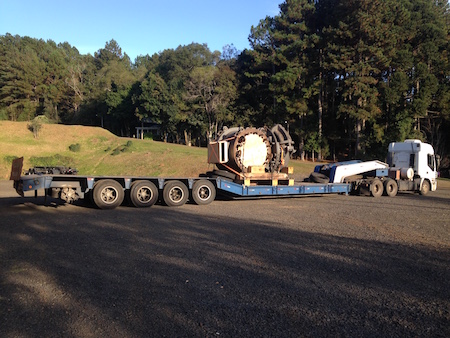 The most recent will see Power Machines Fezer provide three 400 kW turbines for Brazil’s Teodoro Schlickmann plant. The company describes the turbines as being hydraulic siphon-type with impellers having a 1.5 meter diameter.

“This is the first hydropower plant in Brazil to install turbines of this type,” PMF CEO Artem Varnakov said. “This design makes it possible to minimize construction worth in the modernization of dams, since the turbine itself is located at the water level in the upper pool and the upper part of the impeller chamber is just above the water level.”

Teodoro Schlickmann is owned by SPR Investimentos, which said power generated by the plant will be sold on the free market. The first unit is scheduled for commissioning in January 2018 and completion expected by March 2018.

Work will be conducted in two phases, with the first seeing the old valve modernized at PMF’s headquarters in Cacador. The overhaul is scheduled to be completed within 90 days.

The second phase includes the replacement of another valve at Henry Borden with the rehabilitated one. The work must take place in a 40-hour long window to avoid a prolonged interruption of service.