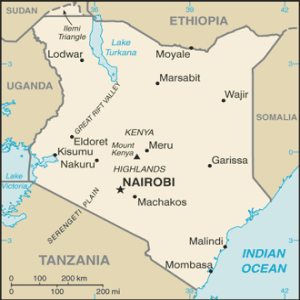 Kenya Electricity Generating Co. Ltd. (KenGen), despite recent droughts in the country, is moving forward with its efforts to raise the dam wall by 2 m at the 40-MW Masinga hydroelectric project on the Tana River in Kenya.

Earlier this month, HydroWorld.com reported government officials said the project could be forced offline soon should rain not break the region’s ongoing drought.

The increased height of the Masinga project’s 200-ft-high by 7,200-ft-long embankment dam wall is expected to increase the total storage capacity of the Tana River impoundment, which is currently 1,260,000-acre feet.

The Masinga project was commissioned in 1981 on the country’s longest river and original plans for the facility include an upper reservoir that would hold water pumped from downstream Tana River flow. The upper reservoir capacity would also provide for flood water protection, to a certain extent, for the lower course of the Tana River, according to original plans.

It is reported that France-based EDF will perform the assessment that will last seven months and cost about US$207,000.

In other news in Kenya, after determining contract improprieties, in March 2017 Kenya’s High Court prevented the awarding of a tender for three small hydro projects that include the 1.8-MW Rupingazi, 2.5-MW Cehmosit and 3.6-MW Kipsonoi plants, which are planned for three rivers of the same names.