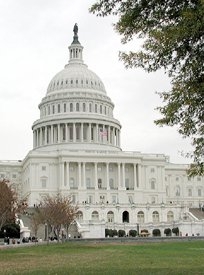 A bill introduced to the House of Representatives last week includes a number of provisions related to Bureau of Reclamation project streamlining, water supplies, reservoir and storage construction, and dam safety improvements.

Submitted by Rep. David Valadao, R-Calif., the Gaining Responsibility on Water (GROW) Act — officially House Resolution 23 — is “intended to modernize water policies throughout the entire Western United States”, with an emphasis on the Central Valley region in the congressman’s home state.

Still, provisions included in the legislation would apply to other project owners, operators and developers through proposals for simpler, expedited federal, state and local approval processes.

Sections of particular interest include:

The bill notes that the regulatory process for constructing new surface water storage, both federal and private, is often an arduous process requiring duplicative approvals from a number of agencies. Title V would create a “one-stop-shop” that would establish Reclamation as the lead agency “for purposes of coordinating all reviews, analysis, opinions, statements, permits, licenses, or other federal approvals required under federal law.”

Further, Title V would make Reclamation responsible for coordinating the “preparation of the unified environmental documentation that will serve as the basis for all federal decisions necessary to authorize the use of federal lands, as well as coordinating the project development and construction of qualifying projects.”

This section also gives the Secretary of the Interior authority to accept and spend funds contributed by non-federal public entities to expedite the evaluation of permits relating to qualifying projects.

Reclamation has only built one large multipurpose water storage project “over the last generation”, according to Valadao, due to the length of time required for studies and regulatory analysis under current federal law. Unlike Title V, Title VI would apply only to projects that would be owned, funded or operated by Reclamation and certain recycling, desalination and rural water supply projects.

The section is modeled after portions of the Water Resources Reform and Development Act of 2014 by further reforming permitting procedures, strengthening USBR’s oversight and streamlining congressional approval processes.

Title VI would require Reclamation’s feasibility studies to be completed within three years after the date of initiation at a maximum federal cost of $3 million, while providing a maximum seven-year extension if the Department of the Interior were to provide a “detailed justification to the non-federal project sponsor and the Congress.”

More than 360 of the over 400 dams maintained by Reclamation would cause a loss of life should they fail, according to Valadao. Title VIII addresses shortcomings in the agency’s current Safety of Dams program, which does not allow Reclamation to evaluate corrective or preventative actions not directly associated with a given repair project.

Title VIII would change the existing program by allowing USBR to study and construct other dam safety improvements — including structural strengthening, dam raises and the construction of spillways, filters and drains — in conjunction with other dam safety repairs “if found feasible and in compliance with Reclamation law,” based on “results from new hydrologic or seismic data, or changes in the state-of-the-art criteria deemed necessary for safety purposes.”

The bill has been assigned to a congressional committee, which will evaluate it before determining an action.