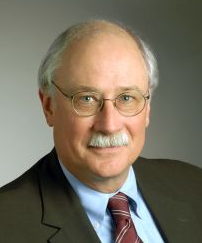 At the close of a confirmation hearing for President Obama’s nominee to head the Federal Energy Regulatory Commission, ranking Republican Sen. Lisa Murkowski announced she would be unable to support nomination of controversial Colorado consultant Ronald J. Binz to the commission.

The Senate Energy and Natural Resources Committee conducted a three-hour confirmation hearing Sept. 19 for Binz and for Michael L. Connor to be deputy secretary of the Interior and for Elizabeth Robinson to be an undersecretary of Energy. Obama nominated Binz, a Democrat and former chairman of the Colorado Public Utilities Commission, to FERC on June 27 with the intent of naming him chairman of the five-member panel.

The hearing was dominated by questioning of Binz, with senators noting the hearing room was crowded with parties interested in the fate of the Obama nominee.

Early in the proceeding, Murkowski, R-Alaska, challenged Binz on reports he participated in a campaign for his nomination that is being waged by lobbyists for green energy firms, Democratic strategists, and energy companies. She said, in a private meeting with Binz, the nominee had assured her he was not involved in such a campaign on his behalf.

However, Murkowski confronted the nominee with copies of e-mails, obtained under federal open records laws, that revealed he had been communicating with the lobbyists. She said in one e-mail he called them the “team” and asked them to review the background information he planned to submit to the committee. Murkowski noted one backer is the Green Tech Action Fund, an affiliate of the Energy Foundation, a former client of Binz.

Murkowski said such political activity is not proper when it is on behalf of a candidate for an independent regulatory agency.

“I’m trying to reconcile that you have a shadow team of lobbyists and PR experts,” Murkowski said. “I hate to think this is to be the new normal.”

In response, Binz apologized to the senator, saying he had told her he had been unaware of the lobbying effort, then recalled “this one meeting” and had advised her of three contacts he had had “with these folks.” He said since July 15 he has not coordinated with them and had asked them not to contact him.

“I agree it is unfortunate if this is to be the new normal,” Binz said. “I predicted there would be a fight because there are very conservative groups against me in Colorado.”

Coming to Binz’ defense several times, Energy and Natural Resources Committee Chairman Ron Wyden, D-Ore., said if an outside group opposes a candidate another outside group should be able to represent the other viewpoint. And though Binz has advocated renewable energy interests in the past, Wyden said repeatedly that FERC is unable to choose preferences among various energy technologies.

Binz has been principal of Public Policy Consulting since resigning from the Colorado Public Utilities Commission in 2011. He has consulted in energy and telecommunications markets with a focus on climate, clean technology, integrated resource planning, and smart grids.

A proponent of renewable energy, Binz served as chairman of the Colorado PUC from 2007 to 2011 during which he helped implement Colorado’s contentious Clean Air-Clean Jobs Act. The act offered incentives for closing aging coal-fired power plants and switching to gas-fired generation. The PUC approved closure of six coal plants, as well as the addition of pollution controls at two more and the construction of new natural gas plants at a cost of about $1 billion.

Two days before nominating Binz on June 27, Obama unveiled a climate change plan aimed at reducing carbon dioxide emissions by existing power plants, which is expected to have a significant effect on power generation, especially coal. Binz told the committee he had not communicated with the White house about the climate change plan.

Binz’ record was challenged by senators from coal- and natural gas-producing states. He was particularly challenged for a statement that natural gas would be a “deadend” energy source by 2035 due to controls on carbon emissions in an attempt to prevent global warming.

Binz said as a result of his work on the PUC, Colorado still generates 40 percent of its electricity from coal, the biggest coal plant in the state was approved, some plants have been retrofitted, and renewable energy has been promoted. He added that he supports natural gas generation as a short-term energy source.

Sens. Lamar Alexander, R-Tenn., and Tim Scott, R-S.C., questioned another statement by Binz saying regulators should shift from their “backward view on costs” to looking forward on such matters as societal issues. The senators questioned whether such a view, promoting more expensive renewable energy, would harm ratepayers with higher rates.

Binz said it is FERC’s job to prepare the infrastructure of the country for whatever energy technology is to come based on energy policy decisions that FERC does not control.

If approved, Binz would succeed FERC Chairman Jon Wellinghoff who submitted his resignation to the president in May. The White House asked Wellinghoff, a Democrat, to continue in office as chairman until his successor can be confirmed. Although Wellinghoff’s term expired June 30, a departing commissioner may continue to serve until the end of the current congressional session if no successor has been seated.