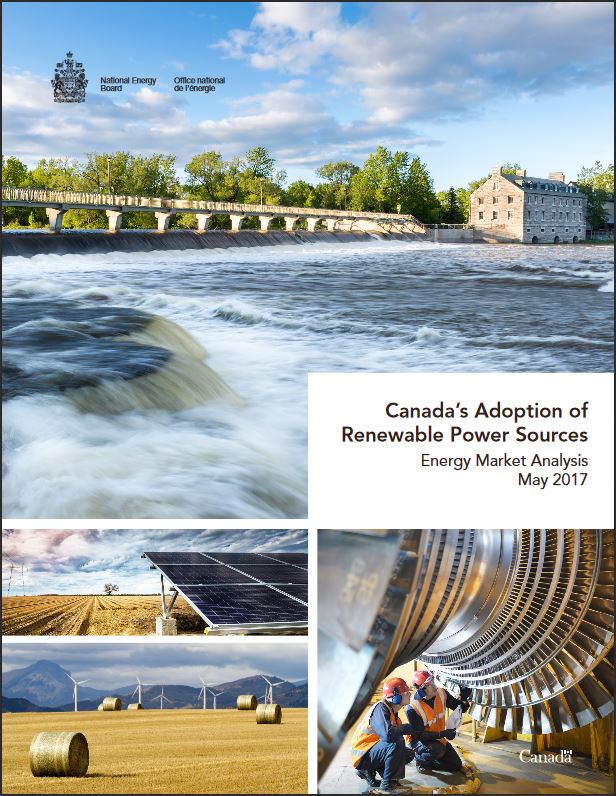 The share of electricity in Canada that comes from renewable sources, including hydro, reached 66% in 2015, compared with 60% in 2005, according to a recently released report.

In Canada’s Adoption of Renewable Power Sources, the National Energy Board points out that Canada was a global leader in total hydroelectric production in 2015, second only to China. About 60% of Canadian electricity came from hydropower in 2015, “typically from large facilities with reservoirs. This type of hydro power is a valuable part of Canada’s generation mix, since it economically stores energy and moderates fluctuations from intermittent renewable sources,” the report says.

“Canada’s hydro generation has allowed the country to be one of the global leaders in renewable energy for years,” said Shelley Milutinovic, chief economist with NEB. “Now, as solar, wind and other technologies become more cost competitive, we expect to see a continuing increase in their adoption in the future.”

The report contains a section on emerging technologies that includes tidal energy. Canada is fourth worldwide in terms of tidal power capacity with 40 MW.

Discussing environmental effects, the report says, “Every method of generating electricity has an environmental cost, even if there are no emissions from generation. Power generation policies balance these various costs and trade-offs in different ways. Current encouragement of wind, solar, and hydro reflects the prioritization of low emission generation.”

Other renewable technologies discussed in the report are wind, biomass, solar, offshore wind and geothermal energy.