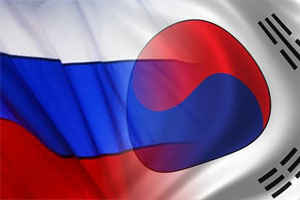 Russia’s PJSC RusHydro and the Korean Water Resources Corp. have signed an agreement on cooperation to explore hydropower development in the Republic of Dagestan, as well as a pumped-storage hydroelectric plant in Russia’s far east.

The initiative will serve as the pilot project under a memorandum of understanding signed by RusHydro and K-Water earlier this year.

Per the agreement, the companies will jointly determine the hydropower potential in Dagestan, which is located on the northeastern side of the Caspian Sea. The partners will then conduct feasibility studies, design work and licensing pending the republic’s potential.

RusHydro (LSE: HYDR) and K-Water will also create a working group to study the feasibility of the Primorsky Energy and Water Resources Complex (PEWC) in the Russian Far East.

A primary component of the PEWC would be the Primorskaya pumped-storage hydropower plant, which has a yet-to-be-determined output capacity. The project would be located between the existing Vladivostok and Primorskaya conventional hydro projects on the Razdolnaya River, with the PEWC also establishing a direct waterlink between the port cities of Vladivostok and Khabarovsk and cutting the shipping distance from 2,400 km to 800 km.