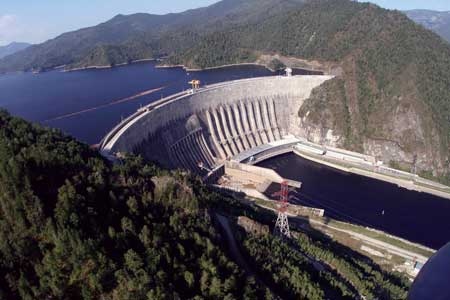 The plant, which has an installed capacity of 6,400 MW, has been restricted due to a lack of connections within the region. However, a new high-voltage line that connects the Khakassia and Krasnoyark regions has allowed RusHydro (LSE: HYDR) to increase Sayano-Shushenskaya’s output capacity by 250 MW, giving it a current output of 5,100 MW.

The plant had previously been operating at about 4,850 MW following the modernization of an automatic reliability system.

Sayano-Shushenskaya has been undergoing a multi-year rehabilitation program that began after an explosion flooded the plant’s turbine room in August 2009.

RusHydro reported that it had commissioned the tenth and final hydro turbine in the project’s powerhouse in November.