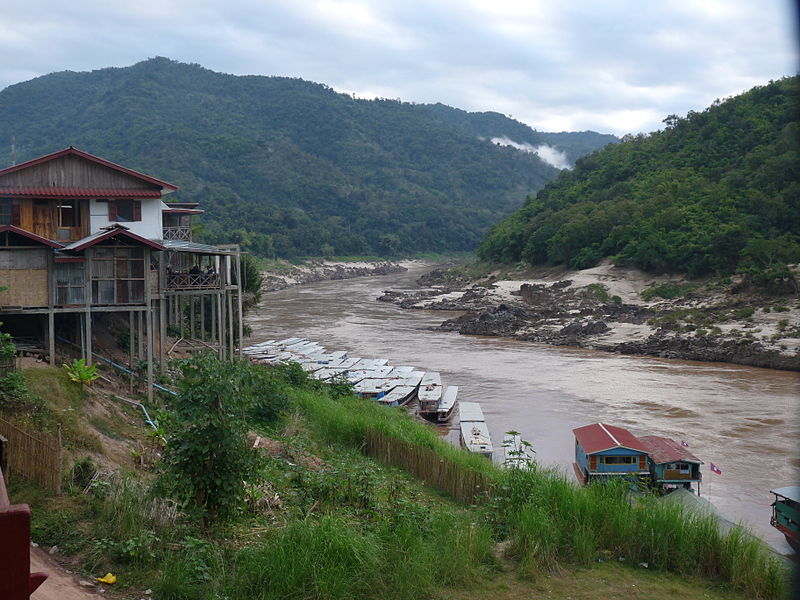 To adapt the riverine environment and fish in the Mekong River to changing flow conditions caused by the construction of dams and the operation of hydroelectric facilities, the extent of the flood pulse is paramount, according to research published in Science magazine. Other key factors include the variance among anomalous high and low flows, which shifts the conversation to when is water needed the most, and when can it be spared?

Based on this and other data, these researchers with Arizona State University in the U.S. have developed a quantitative ecological objective function to fill a critical gap in the balancing of fisheries harvest with other important objective functions, including hydropower generation, rice production and transportation. They say, “This opens the possibility of specifying and implementing flow regimes to manage rivers to satisfy grade-offs between fishery productivity and other ecosystem services provided by tropical rivers subject to flood pulses.”

Designed flows increased yield by a factor of 3.7 relative to historical hydrology.

“We have figured out the relationship between river flows and fish catch, and we have developed an algorithm for dam operators to use that will increase fish harvests and still generate power,” said John Sabo.

“We have taken this conversation around fisheries and dams in the Mekong from a yes-or-no conversation, from a good idea-bad idea conversation, and we have come up with an alternative, a mathematical formula that has the possibility to achieve dam operator goals and protects fisheries,” said Gordon Holtgrieve with the University of Washington, who collaborated on the research.

It is a known fact that dams that impound water for hydro powerhouses alter river flow regimes, which can affect fish.

The Mekong River provides food security, and renewable energy, for more than 60 million people in China, Myanmar, Lao PDR, Thailand, Vietnam and Cambodia. Seasonal rains act as pulse flows, fueling the freshwater fishery in Cambodia’s Tonle Sap Lake. The more than 2 million tonnes of fish harvested annually are valued at about US$2 billion.

Hydropower development is both crucial to the region’s economic prosperity and a threat to fisheries and agriculture that thrived under the natural flow regime, by modulating this flood pulse. For the above reasons, the Mekong River is a prime example of the food, energy and water challenges facing tropical rivers globally.

Nearly 100 hydropower dams are planned for construction along tributaries off the Mekong River’s 2,700-mile stretch, according a press release from the university.

Two examples are the 260-MW Don Sahong hydro project and 912-MW Pak Beng hydropower plant, both being built in Laos

The researchers used a data-driven approach that combined 17 years of discharge and standardized harvest data with several time-series methods in the frequency and time domains. They analyzed century-scale time series of discharge data on the Mekong and associated hydroclimate data sets to understand how current dams, independent of climate change, have changed key drivers of the fishery since the early 1960s. Then ty use estimated hydrologic drivers of the historical Dai fishery on the Tonle Sap River to design better fisheries futures by comparing designed flows to current and pre-dam regimes.

Sabo and the team will use recent funding from the National Science Foundation to expand the project to better understand how dam operators can balance power generation needs with other factors, including rice production, food nutritional quality, ecological goals and more.

Several panel presentation sessions will be offered at HydroVision International 2018 on the subject of water and environment. Click here to learn more.