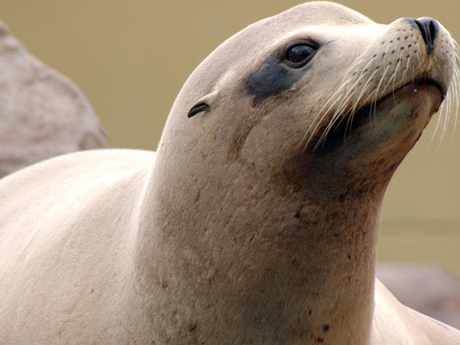 Reading about a proposed bill making it legal to use lethal force to remove sea lions at Bonneville Dam brought me full circle in my career as a journalist covering the hydroelectric power industry.

I began as an editor for Hydro Review and HRW-Hydro Review Worldwide magazines in February 2004. That year was a significant one for the situation at Bonneville Dam, on the Columbia River between Washington and Oregon, as 90 California sea lions were reportedly seen at the dam that year. (Sea lions were first spotted at this dam, the one closest to the ocean, in 2000.) And the problem quickly grew.

The sea lions, obviously intelligent animals, soon figured out that the fish ladders installed at the dam to help native salmon and steelhead pass upstream for spawning were great locations to hang out and wait for a meal. So they did. But, of course, this loss of fish directly interferes with (expensive) efforts by the U.S. Army Corps of Engineers to improve fish numbers upstream of Bonneville Dam.

In 2006, Washington, Idaho and Oregon received permission to trap California sea lions at the dam. But, what to do with the sea lions once they were captured? Relocation efforts revealed the sea lions quickly returned to the site. And this is the reason why, during a family vacation to San Antonio, Texas, in 2008, I came face to face (so to speak) with some of these infamous fish eaters.

We decided to spend a day at SeaWorld. And when I came down the stairs into the area where the sea lions are kept, I was astonished at the size of some of these animals. The first sea lions I saw were absolutely massive, easily twice or more the size of your “average” sea lion you might see at the zoo. Others at SeaWorld were not nearly as large, so I asked a keeper standing nearby. Turns out the San Antonio SeaWorld took in three male California sea lions from Bonneville Dam!

I think this whole situation is a great example of the unintended consequences of human impacts on wildlife. California sea lions numbered only about 5,000 in the early 1970s, but thanks in part to passage of the Marine Mammal Protection Act in 1972, their population today numbers about 300,000.

So, great, the California sea lion population has rebounded. Except, oops, they eat salmon. And, of course several populations of salmon on the West Coast are listed as threatened or endangered under the Endangered Species Act.

While the exact impact of sea lions on returning salmon numbers is unclear, the Washington State Department of Fish and Wildlife reported that in 2008, 103 sea lions ate 4,243 salmon and steelhead near Bonneville Dam. That year, the National Marine Fisheries Service granted permission to kill a limited number of sea lions near the dam. From 2008 to 2010, 37 sea lions were killed. Non-lethal methods of deterring the sea lions didn’t prove effective. Despite the efforts of a “hazing crew,” sea lions ate about 2,400 Chinook salmon at Bonneville Dam in the spring of 2012.

That brings us back to today, when a 16-member advisory group is reviewing the law, to determine whether to allow sea lions to be shot once more. The Pinniped-Fishery Interaction Task Force is supposed to have its report done by the end of February. The above-mentioned bill, sponsored by U.S. Rep. Doc Hastings of Washington, would allow up to 92 sea lions to be shot and killed in the Columbia River. To put this in perspective, 4,000 to 5,000 sea lions migrate from their breeding grounds in California and Mexico as far north as Alaska, with many stopping along the way in the spring to follow the food.

So what do you think about this whole situation? Are the sea lions too smart for their own good? Will killing or otherwise removing the sea lions really significantly impact fish return numbers in the Columbia River? And have you seen the size of those sea lions at SeaWorld San Antonio?!

P.S. Fish passage at hydro projects is a hot topic, and we’ll be covering it extensively at HydroVision International 2015 in Portland.