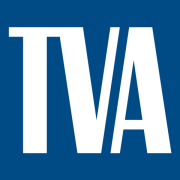 A sinkhole and seepage in October at the base of 89-MW Boone Lake Dam, a three-generator hydro facility operated by the Tennessee Valley Authority (TVA) raised dam safety concerns and caused an early “drawdown and an abundance of caution.”

During dam inspection Oct. 20, engineers at the South Fork Holston River facility became aware of a sinkhole at the base of the 160-foot-high (49 meters) by 1,532-foot-long (467 meters) structure. The sinkhole was repaired, but on Oct. 26, inspectors discovered seepage near the location of the original sinkhole, underwater in the rip rap rocks — a foundation or sustaining wall of stones or chunks of concrete used as armor — near the shoreline.

TVA said the seepage included “a small amount of water and sediment seeping from the riverbank below the dam.”

“As a result, we conducting a drawdown out of an abundance of caution,” said TVA Vice President of River Operations John McCormick in a press release. “The dam is structurally sound, and we are continuously monitoring the dam to ensure it is safe. Public safety is our top priority.”

The drawdown ¬— a reduction in water levels — is expected to be complete by Nov. 10 and it will allow engineers to thoroughly inspect the dam’s structure to learn what caused the seepage.

In September, HydroWorld.com reported TVA began “health checks” of its 49 dams more than a year ago as part of a continuous improvement program.

TVA is a U.S. government corporation and is the largest public provider of power in the U.S., providing electricity to 9 million people in parts of seven southeastern states. The corporation maintains 29 conventional hydroelectric facilities throughout the Tennessee River system and one pumped-storage facility.