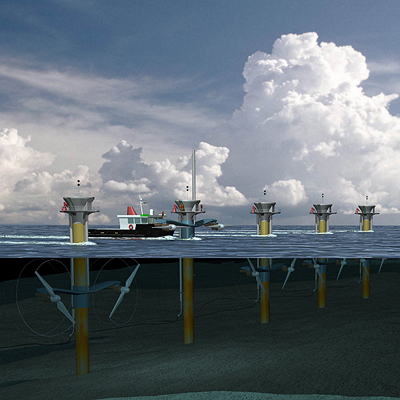 Global engineering and manufacturing giant Siemens has opened the United Kingdom’s first tidal power assembly and production plant, which will be used to build turbine units for deployment in Wales and Scotland.

The 25,000 square foot facility is located in Bristol and will produce SeaGen tidal turbines, which were developed by Marine Current Turbines (MCT). Siemens bought the majority interest in MCT in 2012.

The hydrokinetic turbines built in Bristol will initially be used for the 10-MW Skerries array in Wales and 8-MW Kyle Rhea array in Scotland — both of which are set for construction beginning in 2015.

“Investment in the new assembly and testing facility in Bristol will enable us to make this step to develop next-generation tidal technology, as well as larger arrays,” said Siemens Energy Hydro and Ocean Unit CEO Achim Worner at the plant’s opening ceremony earlier this week. “Further commercialization will have a positive effect on the supply chain, job creation and the generation of eco-friendly electricity for the U.K.”